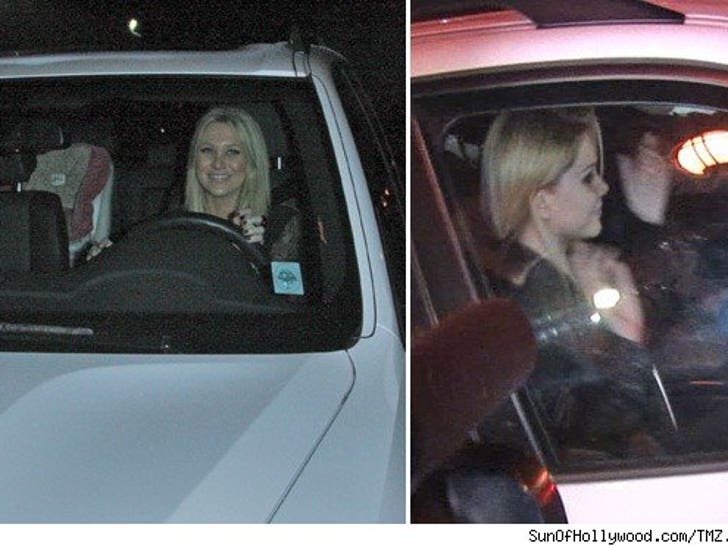 Shanna Moakler and Stephanie Pratt were involved in a $100,000 mix up last night -- when they somehow got into the wrong cars at an L.A. valet stand and unknowingly drove off with each other's rides.

The two reality stars, who have the same white BMW SUV, were given each other's vehicles at the valet at Voyeur nightclub -- but neither woman noticed the screw up until they were miles from the club.

You'd think Pratt (left) would have noticed the baby seat in the back -- oh wait, no you wouldn't.

The two solved the motor mix-up over Twitter and plan on meeting up to trade cars.