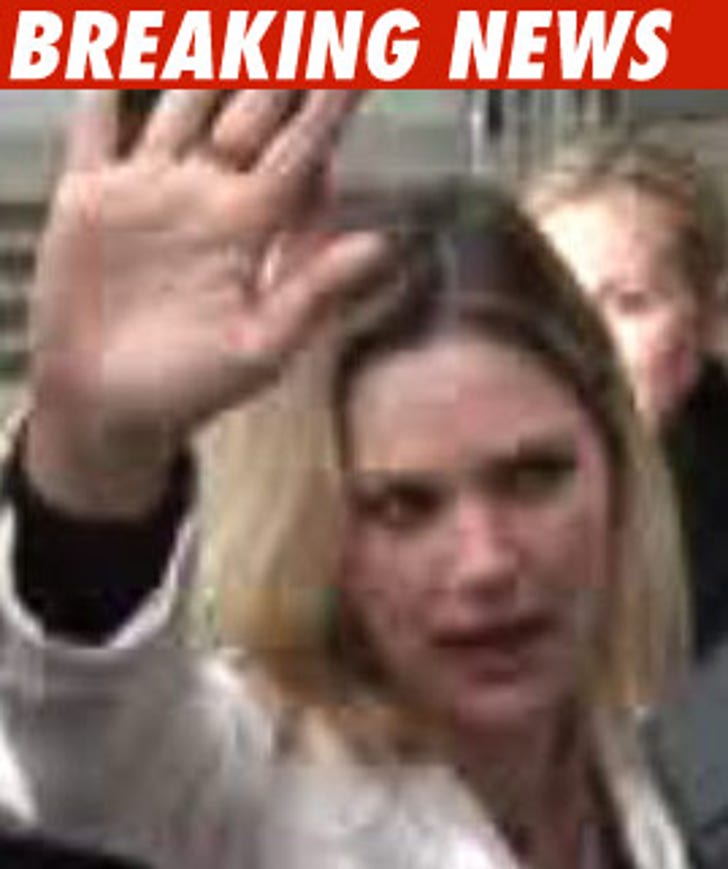 A gnarly scuffle erupted in court yesterday at a hearing involving the lawyer for the Burglar Bunch.

Vania Stuelp -- a former TMZ producer who is now the deputy public information officer for the L.A. County court system -- was dealing with a French film crew that was shooting in violation of court rules.

We're told Stuelp was near the counsel table before the case was heard, trying to confiscate the film crew's tape, when the bailiff came over and ordered her to leave the area.

Stuelp showed her credentials and told the bailiff she was doing her job and would not leave.

The bailiff then grabbed Stuelp by the arms, dragged her across the courtroom, slammed her against the wall and handcuffed her -- this according to a complaint Stuelp filed with the court. Sheriff spokesperson Steve Whitmore tells TMZ, "Our initial inquiry does not indicate that occurred, however, we are going to investigate those allegations."

Stuelp was eventually released but ended up with bruises and sought medical attention.

The videotape was never confiscated. Those damn French.