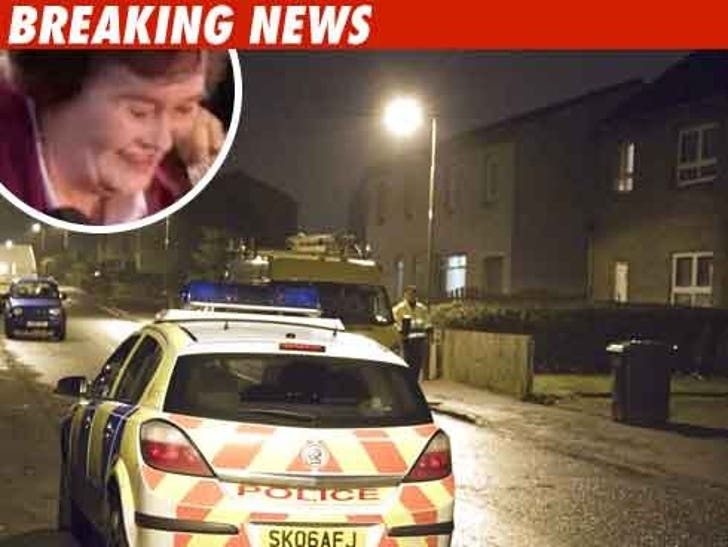 Scottish police are on the hunt for a 15-16-year-old boy who broke into Susan Boyle's home ... and they are "keen" to speak to witnesses.

It happened last night at 9:40, when Susan returned home after recording a charity song for Haiti.

Police say as Susan arrived she noticed a 5'4"ish boy leaving the property and when she went inside she saw some items had been "disturbed."

Cops came, detained a male but released him shortly thereafter.

The burglar was wearing a dark jacket and dark trousers.

Even burglaries in UK sound civilized.