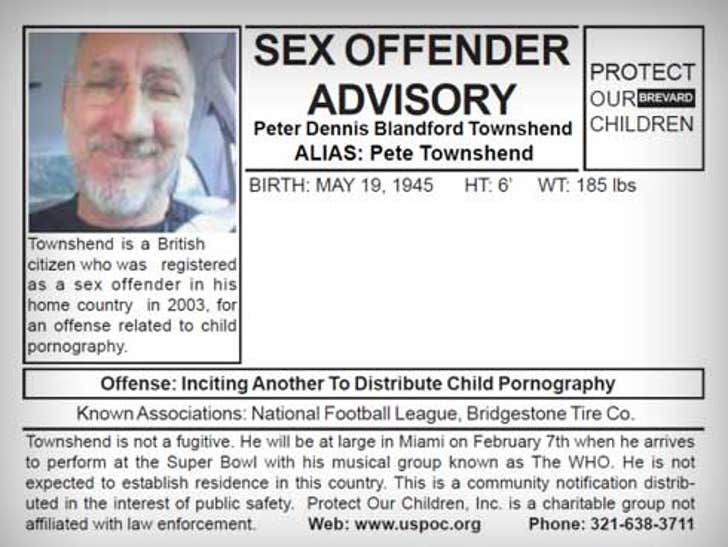 People who live around Sun Life Stadium in Miami -- where Super Bowl XLIV will be played a week from Sunday -- have received this advisory -- watch your kids, because Pete Townshend of The Who fame is coming to town. 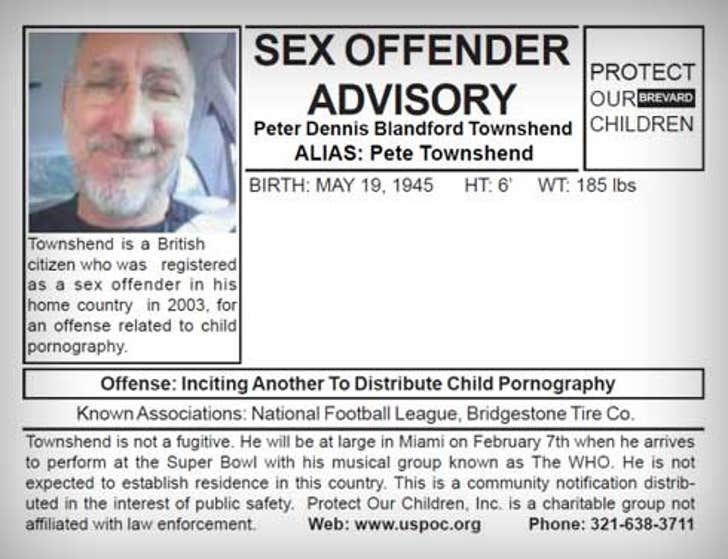 Townshend became a registered sex offender after being arrested in 2003 in a pedophilia sting in the UK. Townshend was not convicted but placed on a sex offenders list.

The Who is playing the halftime show at the Super Bowl and several child abuse organizations have sent postcards to 1500 homes and several schools close to the stadium, warning that Townshend will be in town.

It's unclear if Townshend is still on the official sex offenders list -- he was supposed to be taken off after 5 years.