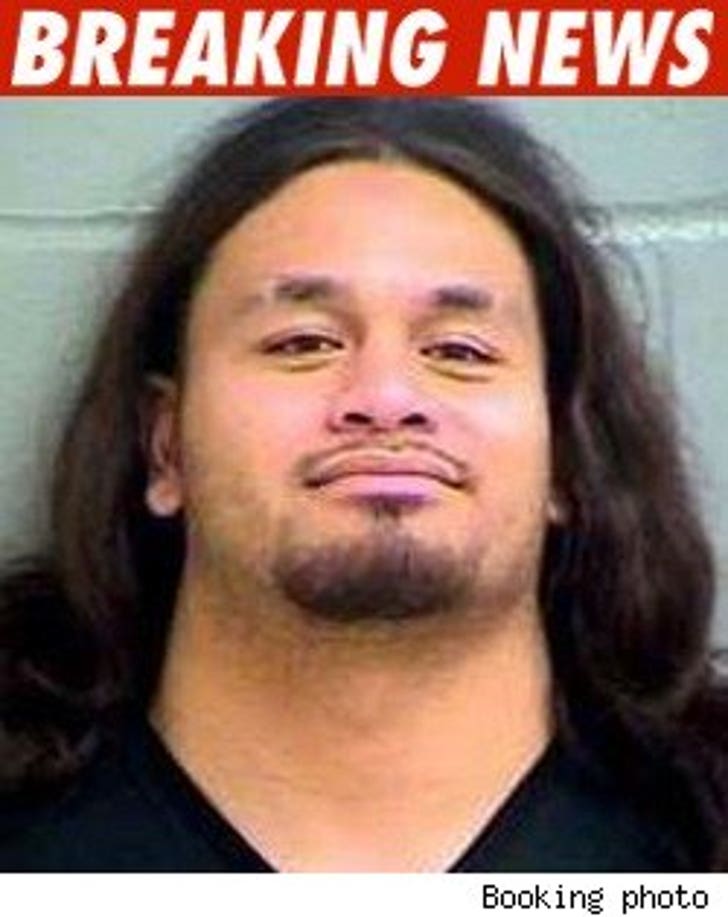 The 23-year-old former USC star was pulled over around 1:44 AM in Kentucky and charged with drunken driving and careless driving.

Maualuga was scheduled to appear at a video arraignment later this morning.

UPDATE: Rey pled not guilty and has been released from jail. He's due back in court February 25.

UPDATE #2:
According to the police report, Rey blew a .157 -- almost double the legal limit.

Rey told police he had been drinking "about six Captain and Coke drinks."

The arresting officer also noted that Rey had "slurred speech, blood shot watery eyes and was unsteady on his feet."