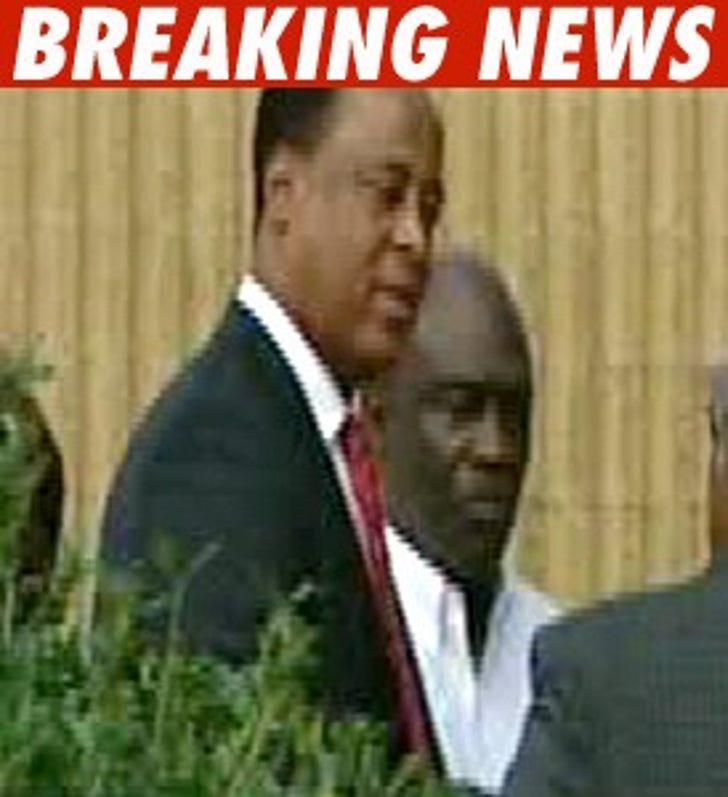 Dr. Conrad Murray's legal team has pulled the plug on a news conference scheduled for this afternoon -- after the D.A. said he'll file charges on Monday against Murray in the death of Michael Jackson.

As we first reported, a feud between the D.A. and the LAPD over how to bring Murray in derailed today's scheduled arraignment.

Murray's legal team had planned to show up to court today -- charged or no charges -- but backed off and instead scheduled a news conference.

Then the D.A.'s office put out a release saying they planned on making their case on Monday.

Craziest case we've ever seen ... and it hasn't even begun.