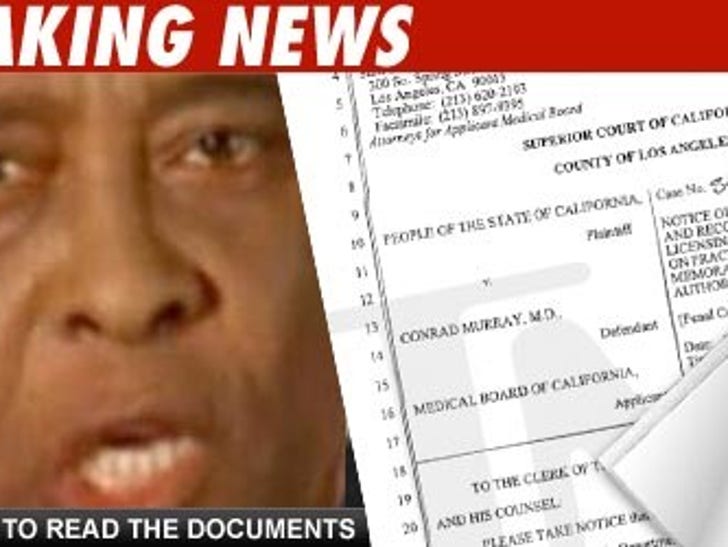 Dr. Conrad Murray is a "danger to the public" -- according to the medical board that licensed him to practice medicine in California.

According to documents filed with the court, the Medical Board of California believes Murray showed, "utter disregard for the care and well-being of the persons entrusted to his care" -- namely, Michael Jackson.

The Board wants the judge to step in because it takes the Medical Board a long time to yank a doctor's license.

In the end, the judge ordered Dr. Murray not to administer anesthetics, including Propofol.

The judge will hear the Medical Board's request to suspend Dr. Murray's license as a bail condition in a few weeks.