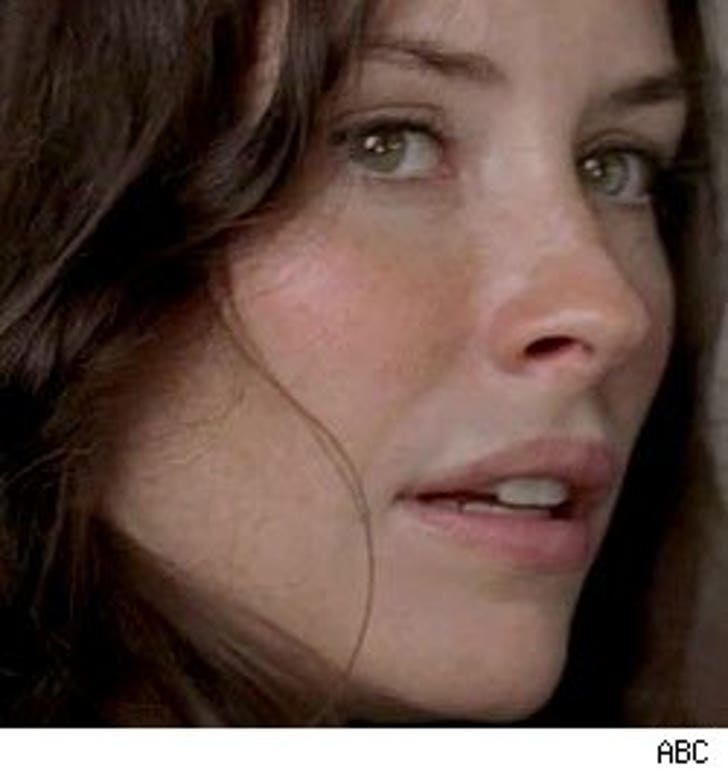 During football season, I often joke that there are only six days in the week -- since Sundays are essentially reserved entirely for football. "Lost" season is kind of the same way -- it's the only day I really care about and if anyone tries to make plans with me on the night "Lost" is on, I just sort of laugh. "Sorry. Can't. 'Lost' is on."

For all you "Lost" Diary newbies, here's how it goes: I gather with a group of friends watching "Lost," writing what happens on the show as it happens, and throwing in my two cents along the way. I caught whatever was going around the office, so I decided to quarantine myself tonight and watch alone. Sucks.

9:00 -- We're starting off this week in Other Other Land, with Lennon telling Mr. Miyagi that Sayid is still alive. I just Googled "Mr. Miyagi" to check the spelling -- did you know his first name was Kesuke? I bet you didn't.

9:01 -- Kate is stunned that Sayid was dead ... but now is fine. Why is she surprised? Has she not been watching the show the last six years?

9:02 -- Back in AlternateRealityVille, Kate is trying to flee LAX with Claire and the guy who played the Puppetmaster on "Heroes." Yes, I still watch "Heroes." No, I don't know why. Remember when people compared "Heroes" to "Lost"? How'd that turn out?

9:03 -- After the guy cabdriver runs out of the car, Kate kicks Claire to the curb -- but for some reason Claire doesn't want to leave her luggage behind.

9:04 -- The only thing in the history of "Lost" that has seemed more out of place than the part in Jack's hair was Nicki and Paulo. I can't take anything he says seriously.

9:11 -- Having a gun and being hot allows Kate to talk the mechanic into helping her out of her handcuffs.

9:13 -- Mr. Miyagi has Sayid tied up and is blowing dirt on him. What are the odds he's performing some kind of "Do you have the soul of Jacob inside you?" test?

9:20 -- Kate goes to meet Claire and now they're about to embark on some sort of girl bonding road trip to Brentwood. Is riding the bus in Los Angeles so bad, Claire would rather hitch a ride from a fugitive who held her at gunpoint?

9:22 -- Kate just outsmarted Mac and his friend. I have a very low opinion of anyone who gets outsmarted by Kate.

9:23 -- Jack tells two guards to step aside. Add that to list of things I'd like to say one day and mean it.

9:24 -- Whenever Mr. Miyagi speaks English, it's like when SIlent Bob speaks in the Kevin Smith movies.

9:25 -- Mr. Miyagi is obviously Jewish -- he just laid the mother of all guilt trips on Jack. My grandmother would be proud. I expect Jack will give Sayid the pill ... and call Mr. Miyagi once a week, not just on holidays.

9:34 -- Of all the breakups in the world, being dumped by the people who were going to adopt your child has to be among the most painful and awkward.

9:35 -- Kate has tracked Sawyer back to his house in Dharmaville.

9:41 -- Kate rushes Claire to the hospital where her physician is ... Ethan. More alternate reality ramifications from the bomb, I presume?

9:42 -- Ethan is able to comfort Claire -- which is easy for the characters on the show, but everyone watching knows he is Mr. Creepy Von Freaksmeout, so that entire scene was waaaay scarier for the viewers.

9:43 -- Kate wants Sawyer to help her find Claire. This week is all about Kate and Claire and how they are bonded.

9:47 -- Mr. Miyagi tells Jack his name is Dogen and he was brought to the island, just like everyone else.

9:54 -- Now Claire is giving Kate her credit card. This is all just so weird.

I have several different tests I use to judge an episode of "Lost." Let's use the "How would you recap the episode to someone who missed it?" test:

That's it. Did I miss anything important?

When you factor in how few episodes we have left, an episode like this makes for a huge disappointment.