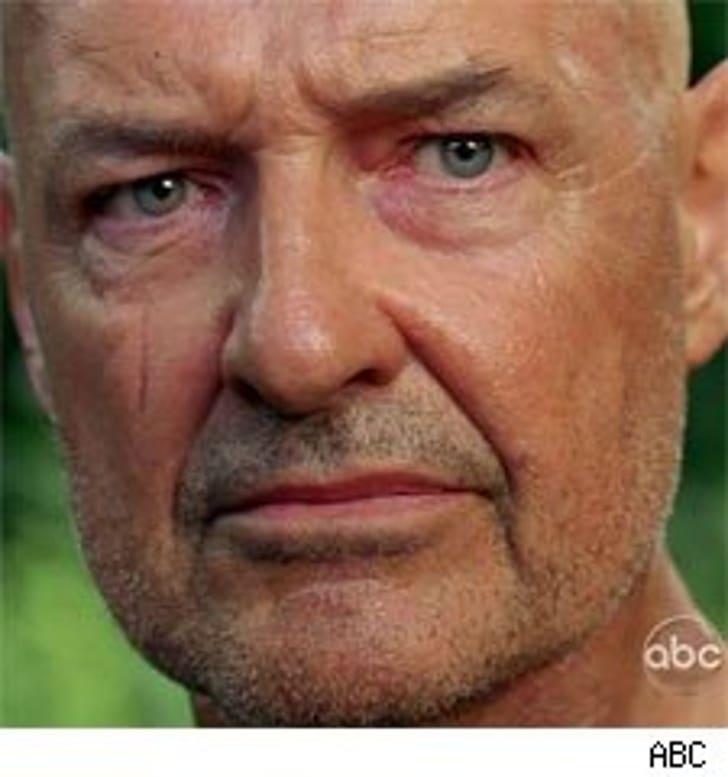 You know that bar game where you have to stare at two pictures and touch the screen whenever you spot a difference? I think that's what this season of "Lost" is like. One minute you're yelling "Hey, Desmond isn't supposed to be on the plane" and the next week you're screaming "Claire's sonogram says October but it's supposed to be September!" What will we spot this week?

For all you "Lost" Diary newbies, here's how it goes: I gather with a group of friends watching "Lost," writing what happens on the show as it happens, and throwing in my two cents along the way. I swore to myself I was going to watch "Lost" at a different place each week, but every other place is far and Ari lives five blocks away. So here we are. Let's roll.

9:00 -- I avoided promos and commercials all week, so the fact the "Previously on 'Lost'" section is Not Locke heavy has me very excited.

9:04 -- "Maybe it's destiny." -- Helen. Not gonna lie, we're four minutes in and it's getting a little dusty already. Locke-themed episodes never disappoint. (*knocking on wood)

9:08 -- I love when even two-bit characters from three seasons ago show up again. How fast did the agent for "Randy" agree to do a cameo?

9:09 -- So apparently Locke "stole" his trip to Australia from his company. Not sure how he ever thought he'd get away with that one.

9:10 -- Richard just asked Not Locke what he meant when he said Locke was "a candidate." Is that the first time Richard asked someone else a question? Usually he's the man with all the answers.

9:11 -- "Come with me and I promise I'll tell you everything." Not Locke to Richard. That feels more like a Ben circa season four line. And who was the little Children of the Corn kid supposed to be?

9:12 -- Ben has had his testicles in Not Locke's purse so far this season, so watching him lie to Ilana is a step in the right direction toward getting them back.

9:13 -- If you could turn into a pillar of black smoke and fly around everywhere, would you ever walk?

9:19 -- "What if I told you I was the person who could answer the most important question in the world?" -- Not Locke. Is someone finally going to tell us why Libby was in the mental institution?

9:22 -- Hurley and Locke just had their little meeting and ... dammit it's getting dusty in here again!

9:24 -- Now Not Locke is chasing the Children of the Corn threw the woods. Again, why wouldn't you just turn into smoke and chase the kid down? Not Locke is totally under-utilizing the whole Black Smoke Monster thing.

9:26 -- "Don't tell me what I can't do!" -- Not Locke. See? Never gets old. Oh, I am working under the assumption the Children of the Corn kid is Young Jacob till I am proven wrong.

9:29 -- Richard's warning was pretty concise, well-argued, and all around convincing -- but Sawyer is sticking with Not Locke because it makes for better television.

9:30 -- Locke wants to speak with the temp lady's "supervisor." Has to be someone we know, right? Juliet? Libby?

9:33 -- As I am basking in the greatness of Terry O'Quinn, I can't help but think that odds are we will finish this episode, the third of the season, and only seen Desmond for like a minute. That better get corrected next week.

9:43 -- Locke is explaining to Helen about getting denied on his walkabout.

9:45 -- Not Locke starts climbing down the ladder and Sawyer follows shortly behind. Man you never would have gotten me to do that.

9:46 -- After a rejected scene from the movie "Cliffhanger," Sawyer and Not Locke make their way to some kind of cave.

9:48 -- So everyone's names are scratched into the ceiling? Interesting.

One of my favorite things about "Lost" is that the show is "good" in different ways to different people. Depending on a lot of different factors -- who the flashbacks focus on, how many answers are given, whether or not Kate is soaking wet -- can influence your opinion of the show.

There have been plenty of times I have given an episode a high grade and been called crazy (or vice versa). Even though we all love the show, we all see different things in it and get our enjoyment different ways.

That being said, I woke up this morning (or rather was woken up by a text message. Thanks, Steven -- it's becoming a weekly tradition) and found myself texting, IMing and calling people to find out whether or not I was crazy.

I take my grades of "Lost" very seriously -- like a high school substitute science teacher. So, that all being said ... I give tonight's episode an A-.

I think if you love "Lost" when it's giving you a non-mythology story, you loved Locke's off-island scenes. If you love "Lost" to try and figure out WTF is going on, you loved Not Locke's scenes. To me, it was the perfect combination of everything I love about "Lost."

Doesn't hurt that I love Locke.

I am going to throw out a question here that I am not sure the answer of. Well, I am like 90% sure the answer is "no" -- but I am keeping drifting more and more towards "maybe" as I think about it. Here goes"

Are we sure -- like 100%, lock it down, no doubt about it sure -- the Man in Black/Smokie/Not Locke is really the bad guy here? Just asking.