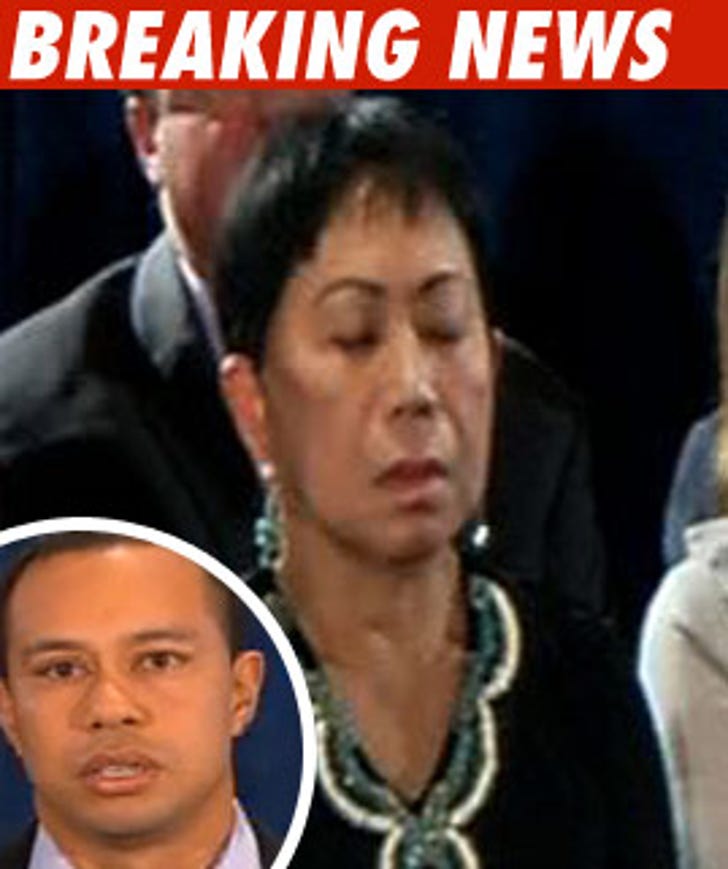 Tiger Woods' mom Kultida has her son's back 100%. After Tiger's apology speech, she told reporters she's "so proud to be his mother. Period."

According to Kultida, Tiger's a good man who just happened to make a mistake: "He didn't kill anybody. He didn't do anything illegal ... People don't understand that Tiger has a very good heart and soul."

And as far as she's concerned, judge not lest ye be judged: "If anyone tells me to condemn him, I say look at yourself first."

PGA commissioner Tim Finchem thought Tiger's speech was "a good step" but admitted Tiger's absence from the tour has been a negative.