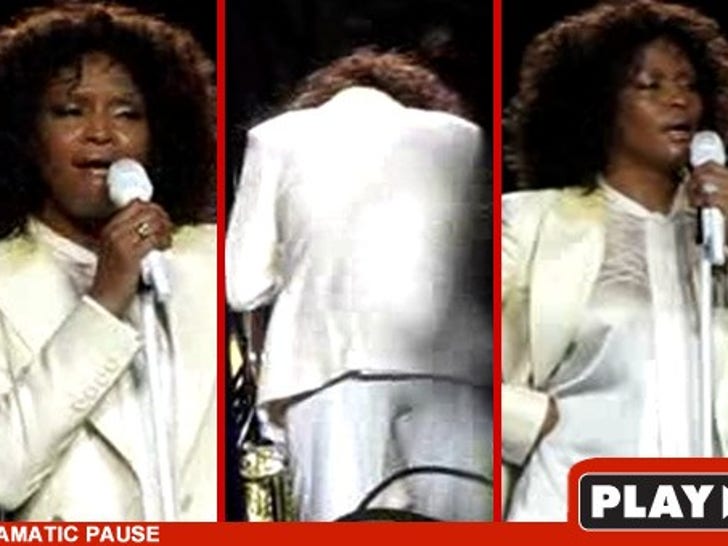 In a performance that can only be described as rocky at best, a sweat-drenched Whitney Houston attempted to sing her hit "I Will Always Love You" during a concert Monday night in Australia. 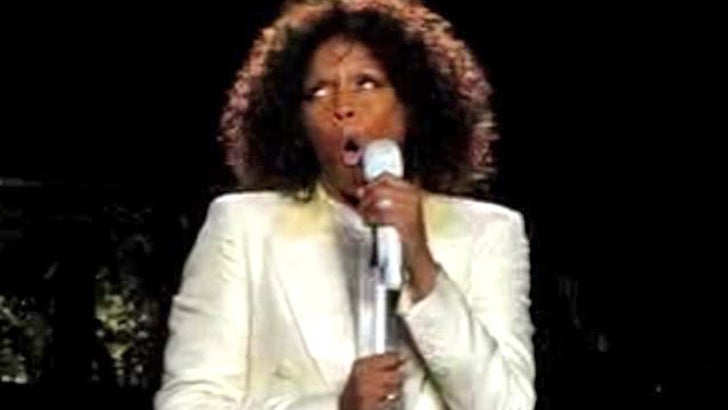 Whitney's weirdness reaches its peak right before she's supposed to hit the high note -- when she suddenly turns around, walks over to a table behind her, and then spends an excessive amount of time gearing up for the big finish.

When Whitney finally gets ready, she comes back to the mic and belts out the chorus to the song ... and let's just say she gets an E for Effort.