Lil Wayne was supposed to be behind bars last night -- instead, dude was in front of a crowd of roughly 20,000 people ... rocking out a surprise performance at Madison Square Garden. 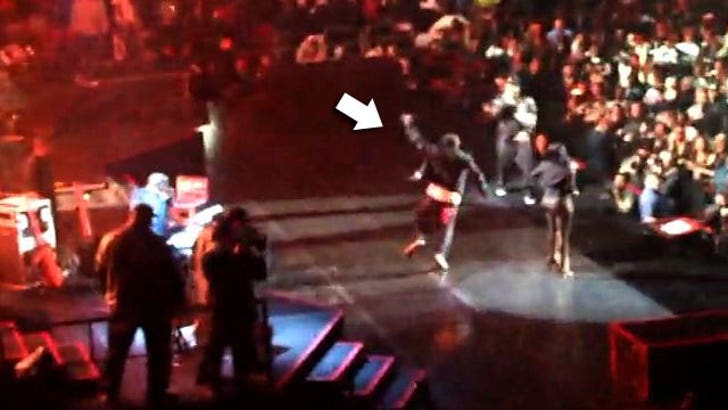 Wayne, who was unable to be sentenced on attempted weapons possession charges yesterday because of a freak fire in the courthouse, appeared at the Jay-Z concert to perform a song along with Young Jeezy, Nicki Minaj and Drake.

The ironic name of the song Weezy performed -- "I'm Goin' In."

Provided there's no other fires or dental emergencies, Lil Wayne will actually be going into jail today.