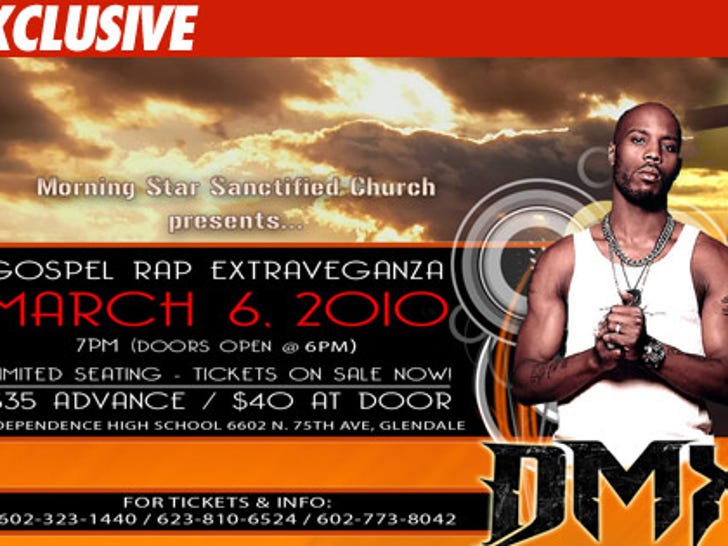 DMX's upcoming "gospel rap extravaganza" at an Arizona high school was just canceled three days before it was set to go off ... and it's all because the school just realized the arrest plagued rapper was involved. 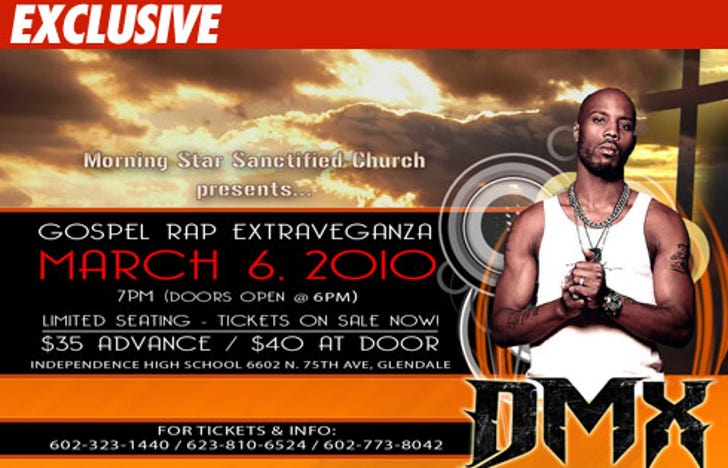 TMZ spoke to the pastor of the church the concert was supposed to benefit -- Morning Star Sanctified Church -- and she told us the school pulled the plug on the event once word got out that X was involved.

Pastor King says she even took out a $1 million insurance policy on the concert -- but the school just wasn't having it and has already agreed to give back the church's $500 deposit.

The church will now have to give refunds to the people who already bought tickets and Pastor King says they're going to reschedule the event to go down at the church ... which is a much smaller venue.

Either way ... poor DMX can't even catch a break when he's trying to do some good for a change.