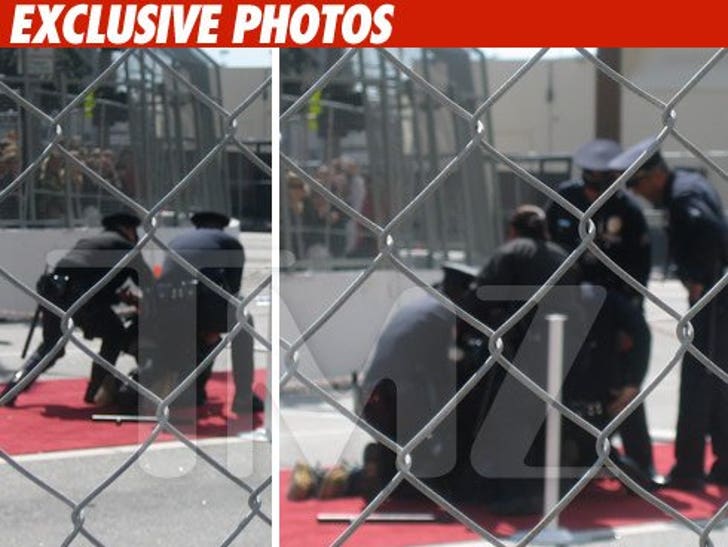 Nicole Richie wasn't the only person who looked out of place at The Oscars -- TMZ has learned cops had to spring into action Sunday when a non-Hollywood type ran onto the red carpet. 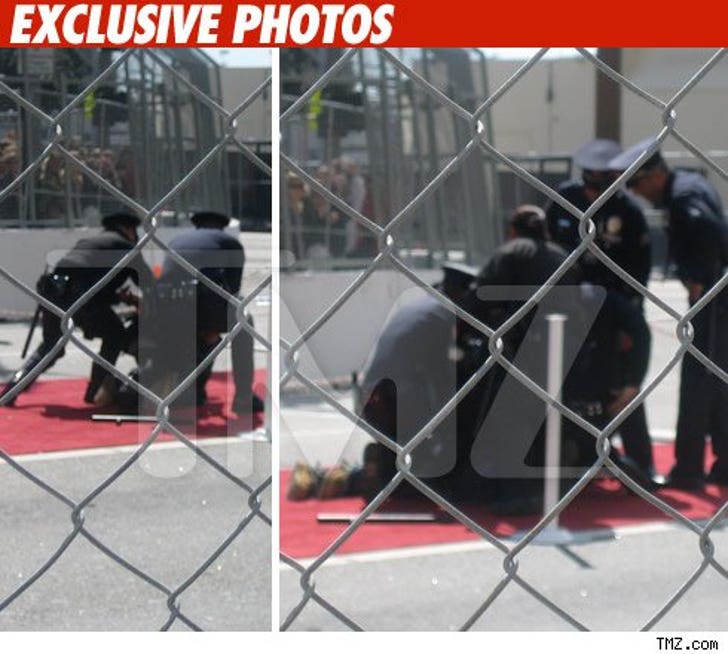 It all went down around 1:30 PM PST -- right before the stars began to arrive.

Law enforcement sources tell TMZ they believe a 28-year-old dude scaled a six or seven foot fence, got on to the red carpet and began "skipping."

We're told he then broke in to a run but cops immediately caught up with him and escorted the dude to the ground.

The man was arrested for trespassing. He's currently being held on $5,000 bail.