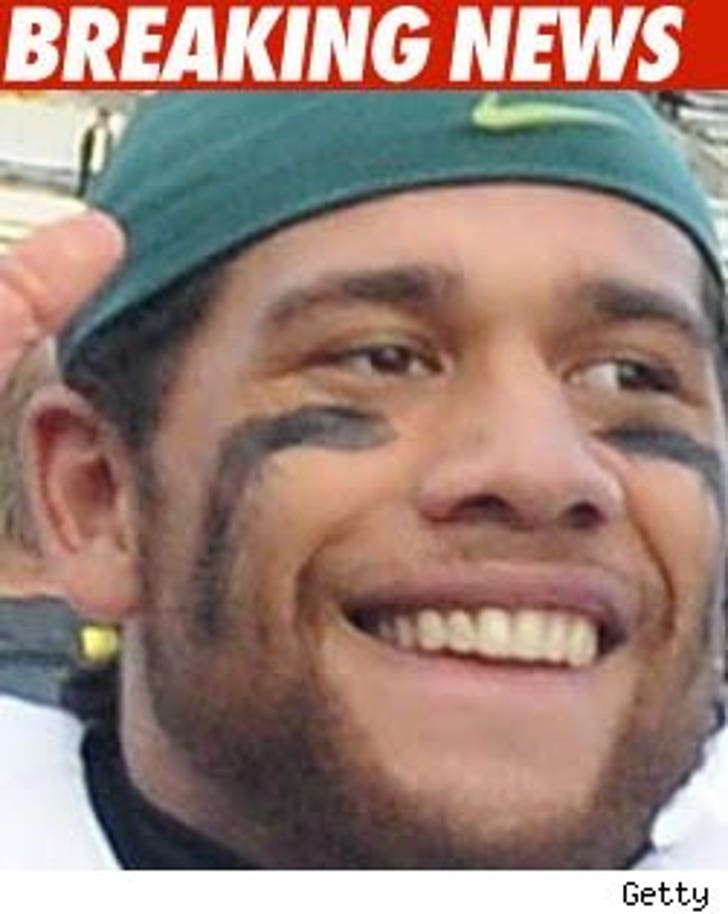 Oregon Ducks starting quarterback Jeremiah Masoli -- one of the top college players in the country in 2009 -- has been charged with one count of burglary for allegedly jacking several items from a campus frat house.

Masoli and wide receiver Garrett Embry reportedly stole a computer, a digital projector and a guitar out of the SAE frathouse in Eugene, Oregon back in January. Embry has since been "dismissed" from the team.

The Lane County District Attorney refused to confirm the reports, but did reveal that both men are facing one count of 2nd degree burglary and are scheduled to be arraigned Friday afternoon.