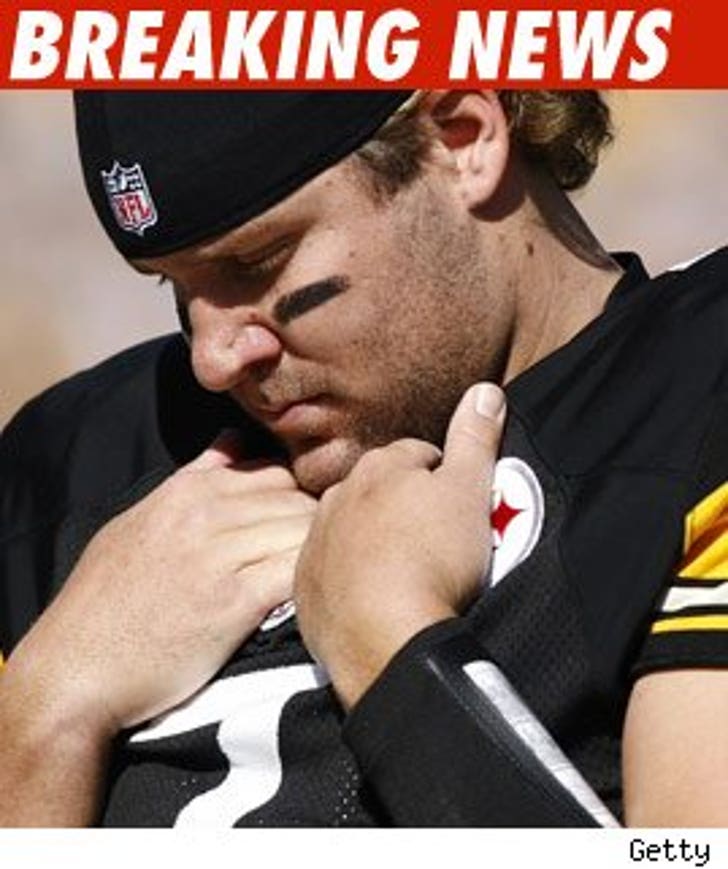 Ben Roethlisberger was partying with two off duty police officers in his entourage on the night he allegedly sexually assaulted a 20-year-old woman, this according to a lawyer for one of the cops.

According to the lawyer, Officer Anthony J. Barravecchio and Pennsylvania State Trooper Ed Joyner are both personal friends with Big Ben and were with him during his birthday celebration in Milledgeville.

The lawyer, Michael F. Santicola, claims both cops were "completely sober" during the fateful night and are "cooperating" with the investigation ... even though neither man has been contacted by police.

As we previously reported, Roethlisberger had been club-hopping with several pals, including his accuser, before he allegedly assaulted her in a bathroom at Capital City nightclub.