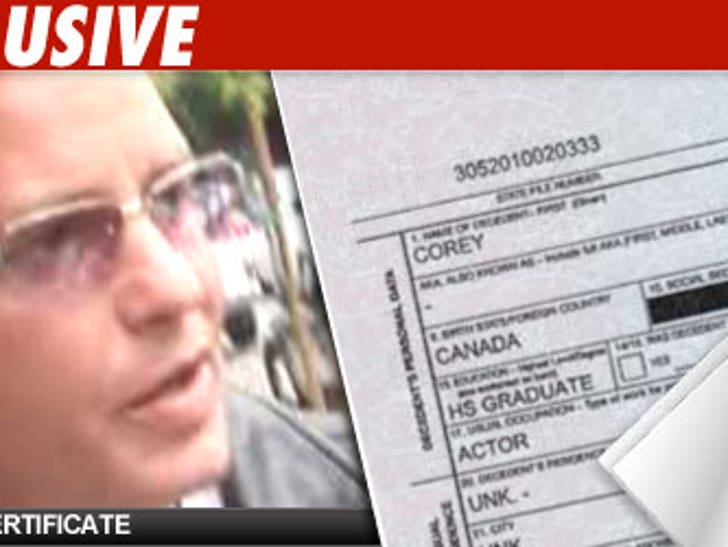 TMZ has obtained Corey Haim's death certificate, confirming what we first reported ... cause of death is "deferred."

We're told the L.A. County Coroner's Office is waiting on toxicology results before it determines Corey's official cause of death.

As we first reported, Corey was prescribed four medications a few days before he died: Valium, Vicodin, Soma and haloperidol, an antipsychotic drug.

All four drugs were found in the apartment where he collapsed, though it's unclear if he took the meds before he died.