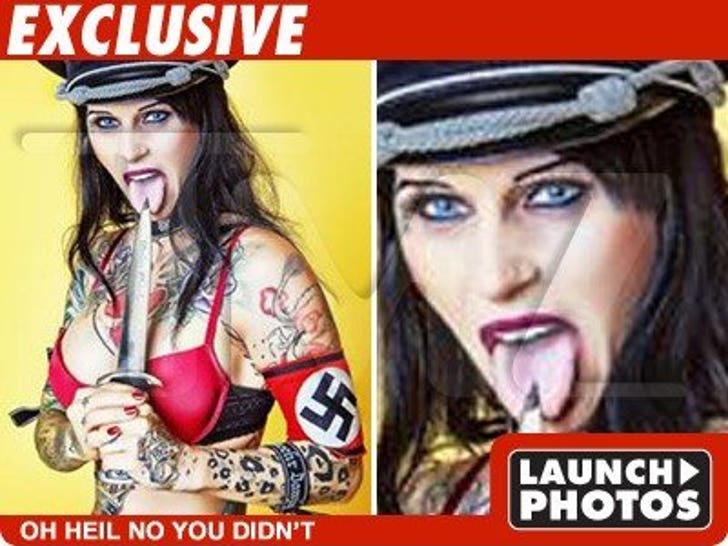 The woman who reportedly had an affair with Sandra Bullock's husband Jesse James has another bombshell to drop -- a full scale Nazi photo shoot. 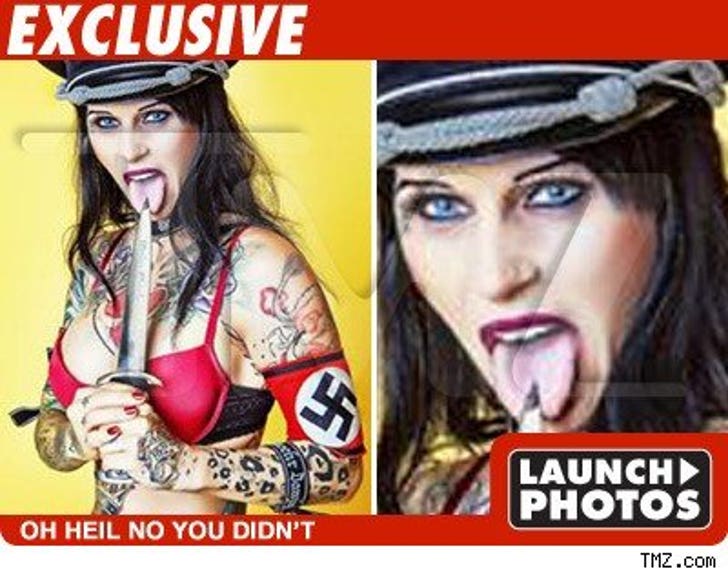 TMZ has obtained the shocking photos of Michelle McGee, which were taken almost a year ago. We're told the Nazi-themed layout -- complete with a swastika armband and backdrop -- was the photographer's idea, but that Michelle was very enthusiastic.

In child custody documents filed in January, Michelle's ex-husband says she "makes the Nazi salute," and has a swastika tattooed on her stomach (not seen in these pics).

In one photo the letter "w" is on Michelle's left leg, and the letter "p" on her right. We're told Michelle tells people it stands for "white power."