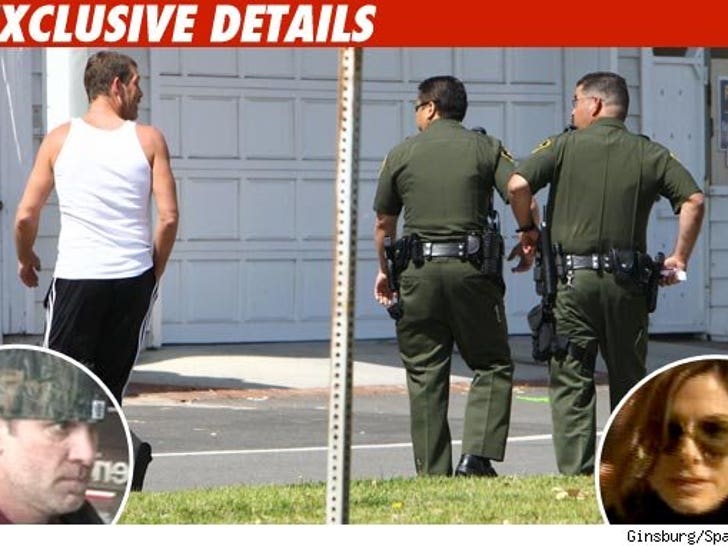 Orange County Sheriff's deputies showed up to the home Jesse James and Sandra Bullock this afternoon.

We're told it was all over an argument between one of their neighbors (above left) and a member of the media. The neighbor was the one who called police. Deputies talked to the neighbor and no arrests were made.

The spokesperson for the Orange County Sherriff's Department says no citations were given and the gaggle of media in the area -- about 20 photogs -- are all legally parked in a public parking lot.

One source told us it was "no big deal."