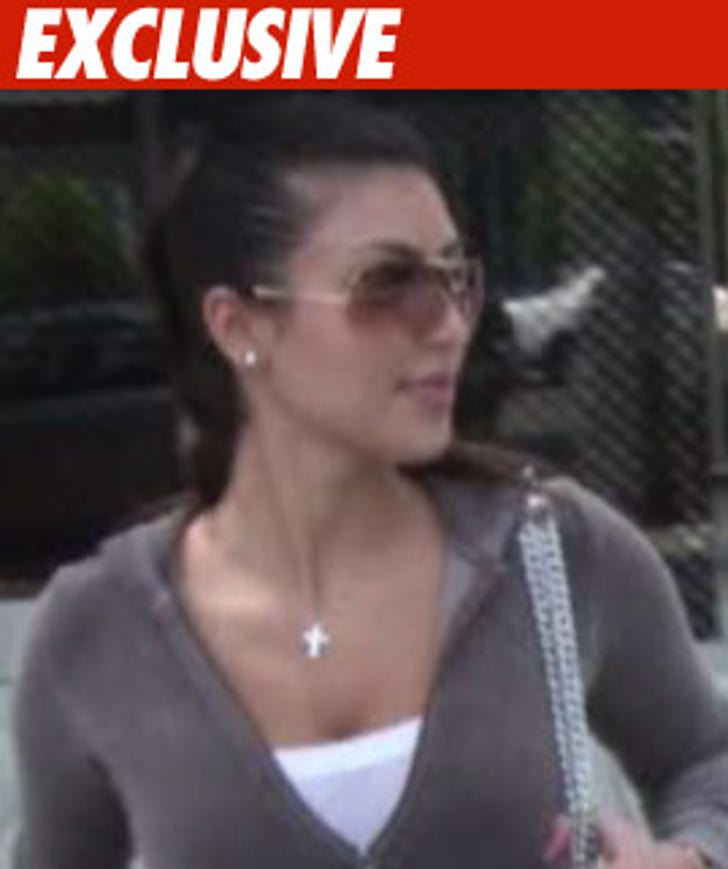 Kim Kardashian's security team allegedly attacked a paparazzi and the kops are now on the kase ... so says a source konnected to the Kardashians.

We're told as Kim, Kourtney and her baby got out of a car yesterday in Miami, the photog allegedly got way too close and Kim's security took care of business.

Our sources say last night cops came to the hotel room where Kim is staying, knocked at the door and asked to speak with her security people. The cops questioned the bodyguards and left.

We're told the photog filed a police report and wants to press charges.

UPDATE: A photog who was on the scene for a different company tells TMZ the paparazzo who filed the police report backed into a mailbox and then blamed Kim's bodyguard. The photog also says the bodyguard is "really professional and wouldn't lay a hand on anybody."