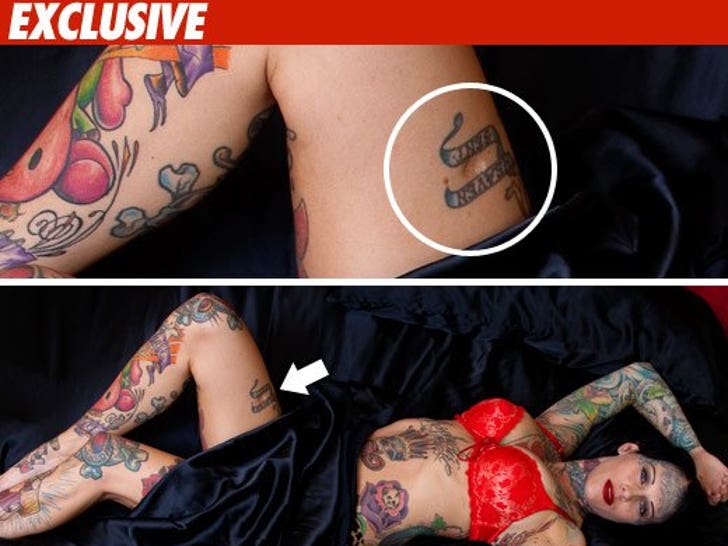 A gunshot ripped through Michelle "Bombshell" McGee's tattooed flesh -- leaving a gaping wound on her upper right leg ... but shockingly, it all went down long before she allegedly got in between Jesse James and Sandra Bullock.

McGee pointed out her scar during an interview for SoCalGlamourGirls.com last year, telling the people behind the modeling site she was shot because she used to "hang out with a bad crowd and gang members."

It's unclear when she was actually hit -- but McGee now sports a tattoo around the wound that says "Heaven Sent."