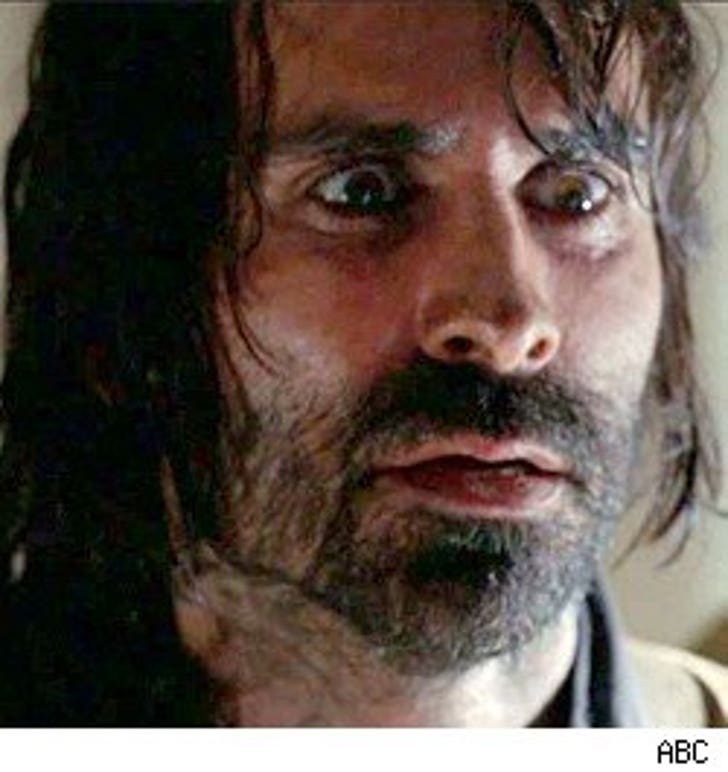 For all you "Lost" Diary newbies, here's how it goes: I gather with a group of friends watching "Lost," writing what happens on the show as it happens, and throwing in my two cents along the way. Tonight I am watching with my old boss Jeremy and his regular "Lost" crew.

LD history for you: I still cannot remember what possessed me to write the LD for the first time. But when I did, I came to work the next day and I showed it to Jeremy. He immediately loved it and said it had to go up on TMZ. And thus, the LD was born. Along the way I have had many supporters, but Jeremy was the first. Thanks man.

9:01 -- Jacob is recruiting Ilana (who appears to be having a rough day) to protect the six candidates. We're 60 seconds in and I am seriously beyond giddy. If there was a shrink anywhere nearby right now, I would immediately be prescribed Ritalin.

9:02 -- Richard's name is Richardus? That's like finding out the most badass character on the show was really named Ben Linus.

9:04 -- Is Richard going to team Not Locke? Poor choice, my friend. Poor choice.

9:07 -- Hurley is speaking in Spanish to the air. I miss Crazy Hurley.

9:10 -- Now he's riding in the rain. This really is a romance novel cover shoot. The room is convinced we've accidentally changed channels and are instead watching a telenovela. Que lastima!

9:11 -- Richard and the doctor have had a slight disagreement. The kind where one of them dies.

9:23 -- Richard and the Random Spaniard are yelling for help. Something tells me they are going to want to stay right where they are.

9:24 -- Whitfield has started killing the slaves when, wait ... what is that? It's the Black Smoke Monster's call.

9:26 -- The Black Smoke spared Richard. I am going to assume Richard's first order of business is going to be finding a new pair of pants.

9:30 -- Richard is doing everything he can to free himself from the shackles ... to no avail.

9:31 -- Richard lost his nail fighting a boar. The only thing keeping this from being "Cast Away 2" is a volleyball.

9:32 -- Richard has gone mad and started talking to his dead wife. Good times.

9:33 -- Do you think the Black Smoke Monster speaks Spanish? Not sure.

9:41 -- Cross that mystery off the list -- the Black Rock smashed the statue. Good to know.

9:42 -- "If he speaks, it will already be too late." -- Hmm, that's what Dogen told Sayid about killing Not Locke. Is it possible MIB isn't really MIB yet?

9:45 -- Jacob just served up a can of whoop ass to Richard and a little bit of common sense -- if Richard knows his wife is dead, why is he going around looking for her?

9:47 -- Jacob just baptized Richard in the waters of Lake.

9:53 -- Jacob is explaining to Richard that the island is what keeps evil in. I swear on all that is sacred, I had this exact conversation with the guy who cuts my hair just like four hours ago. I'll explain more later.

10:03 -- I think every episode from now on should include a scene with Jacob and the MIB just chilling and talking about stuff. It's always interesting.

So here is the exact conversation I had with the guy who cuts my hair today. I realize this isn't earth shattering stuff, but I think tonight's episode confirmed it all.

If the MIB leaves, well just imagine the Black Smoke Monster running around the streets of Los Angeles. Not good.

I love the characters of Jacob and the MIB (Not Locke doesn't count. I like the actual MIB). Sucks we only get them in island flashbacks. We need more of them.

Anyway, I give tonight's episode a C+ -- docking it a full grade as promised for the overly dramatic digging up of the cross/"Ghost" re-enactment. That whole segment stood out like a sore thumb. It didn't vibe with the rest of the episode for me at all. Still an awesome ep and I thoroughly enjoyed it.