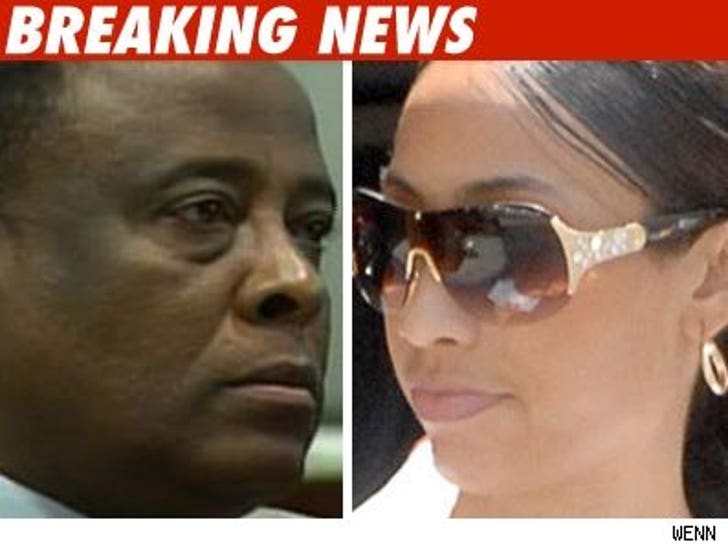 LAPD detectives were on the hunt for Dr. Conrad Murray's communications with his baby mama, Nicole Alvarez -- a woman cops believe knows a lot about Michael Jackson's death.

According to documents just released, detectives obtained a search warrant in November, 2009 -- 5 months after Jackson died. They searched a Gmail account belonging to Nicole Alvarez, the woman who had a child with Murray. She's the same woman Murray was staying with in Santa Monica up to the time Jackson died.

Cops wanted records from May, 2009 through September, 2009. So it's now clear -- detectives wanted to know what Murray had been saying to Alvarez for two months before and two months after the singer's death. Cops say in the warrant, "During the course of the investigation [the lead detective] also learned that Dr. Murray made numerous telephone calls to Nicole Alvarez leading up to and including the day Jackson died."

The affidavit mentions a "shipment" that Murray may have discussed with Alvarez. As TMZ first reported, cops believe Dr. Murray had propofol delivered from a Las Vegas pharmacy to Alvarez's Santa Monica apartment.