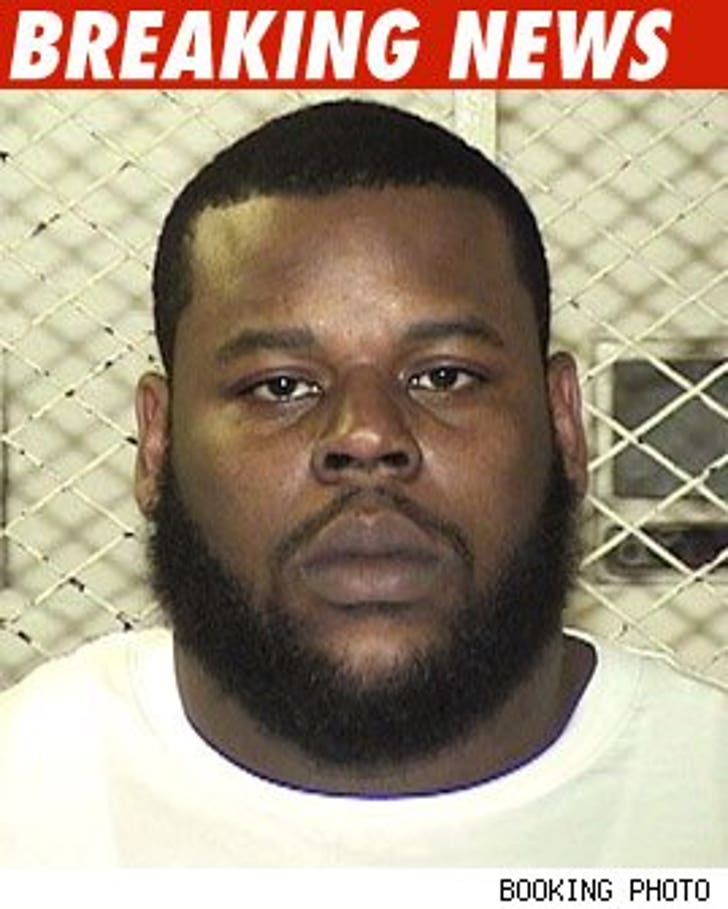 The Cleveland Browns nose tackle who arrested at an Ohio airport yesterday was just charged with one count of carrying a concealed weapon ... a felony.

Shaun Rogers was busted at Cleveland Hopkins International Airport after a security officer working an X-ray machine spotted a loaded .45-caliber handgun in his carry-on bag.

We're told Rogers is in the process of posting bond.

UPDATE 2:09 AM ET: Rogers just posted his $1,000 bond. After the hearing, he apologized to the community, to his fans and the Browns.

Rogers is due back in court tomorrow at 8:30 AM -- and according to his lawyer, Patrick D'Angelo, Rogers will plead not guilty.

Patrick also said Rogers has a gun permit in Ohio and Michigan.