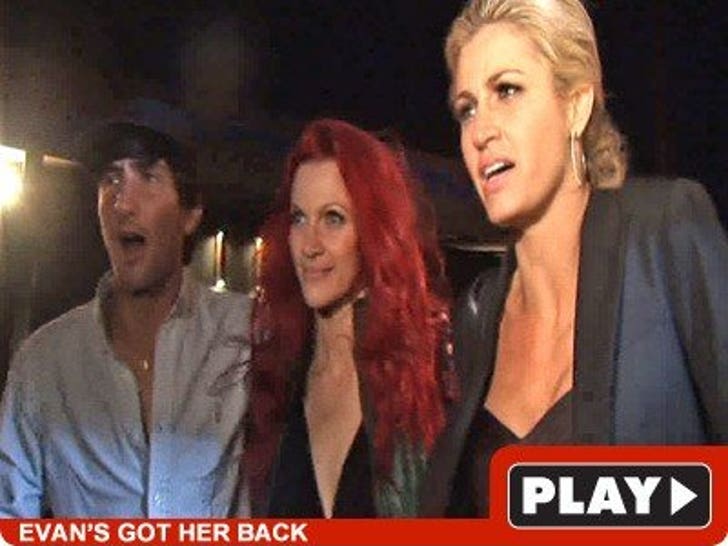 Evan Lysacek is ready to use his ice skates as a weapon -- targeting the guy making death threats against "Dancing with the Stars" co-star Erin Andrews. 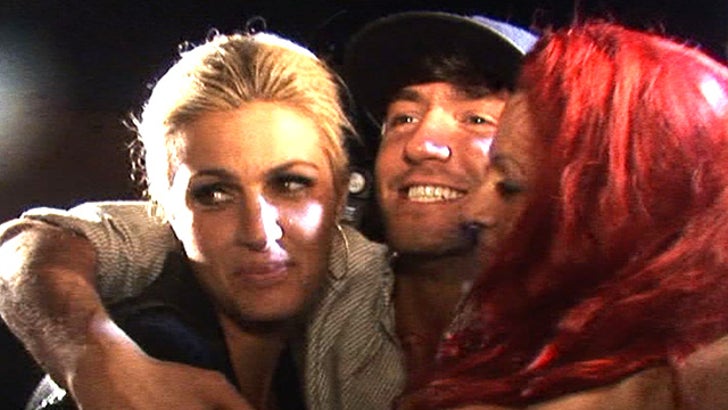 We got the two contestants leaving Industry after the show last night, where the Olympian said he'd "take him down with my skating blade" if he ever came face to face with the man who said "Somebody should shoot her [Andrews] in the face."

TMZ broke the story about the sexual and threatening emails, and the fact that the FBI is on the case.

Erin Andrews Dancing with the Stars