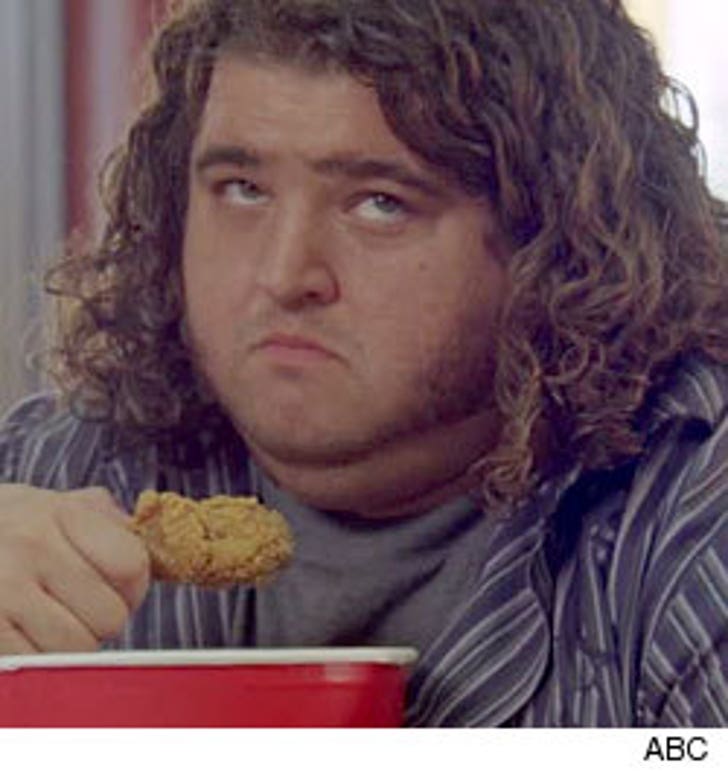 9:00 -- Hearing Dr. Chang narrate a video about how amazing Hurley is might be the most surreal thing I have ever seen on "Lost."

9:01 -- No parent in their right mind would send their kid to something called "Mr. Cluck's House for Children."

9:04 -- Ilana is not really the person Hurley should be pouring his feelings out to.

9:05 -- "I'm here to stop you from getting everyone killed." -- Michael. Did not see that coming. Oh, Michael is just Not Locke transformed to look like Michael, right?

9:08 -- Not Michael is trying to talk Hurley out of blowing up the plane -- something Not Locke would do, right?

9:11 -- Hurley is doing the worst job of convincing

9:12 -- As you can see from the sentence above, I kinda stopped typing suddenly cause Ilana just blew up into like a thousand pieces. Dude, you got some Ilana on you.

9:19 -- Random thought I had while watching Richard argue with Jack -- if Libby is still locked up in the loony bin in her flash sideways, how was she on Oceanic 815?

9:21 -- Desmond is beginning his plan of "showing people things" and he's beginning with Hurley. And, of course, Desmond is order number 42.

9:22 -- Back on the island, Desmond is really lacking personality these days. He's almost as cheery as Captain Sunshine over there.

9:25 -- RIP Black Rock. Wait, so Hurley got ahead of everyone? So far ahead, in fact, that he had time to somehow rig all the dynamite to blow?

9:34 -- Unless I misunderstood, Libby hasn't been at the mental hospital long. So maybe she was on Oceanic 815 somehow.

9:37 -- Weird that Desmond could see Not Locke's little boy friend. Yes, I understand that that sentence makes Not Locke sound like a child molester.

9:38 -- Hurley is playing the "Jacob is talking to me" card, but Richard isn't falling for it.

9:39 -- "Alright Hurley, let's go talk to Locke." -- Jack. Jack is so stupid, I am actually rooting for Not Locke to get off the island at this point.

9:45 -- Jack and Hurley had a pretty sappy conversation, the whispers came, and now Hurley claims to know what they are. This should be good.

9:49 -- "Whoa, dude." -- Hurley, after being kissed by Libby. This flash sideways feels like an episode of a new show called "Touched By a Desmond."

9:54 -- Locke has taken Desmond out to the middle of nowhere to show him a well. A special well.

9:56 -- There was no other way for that scene to end -- Not Locke just threw Desmond down the well.

10:00 -- We continue with "Touched By a Desmond" and I somehow have the feeling that the Desmond is there to kill Locke.

I can't believe I am writing this again -- but I just watched another episode of "Lost" where one group of people spent the majority of the episode walking somewhere. I have lost track of how many times this happened this season, but each time it is made for a boring chunk of time.

That being said, I highly enjoyed Hurley's flash sideways, mostly because of Desmond. The Hurly/Libby true love thing feels a tad forced since they hardly even knew each other. I couldn't summon up the same feelings for them that I had for Desmond and Penny or Sun and Jin.

I also loved how Desmond knew that Locke was evil. I am assuming he is trying to kill Locke, but it is possible he is somehow trying to "save" him.

I debated for a bit about what I wanted to grade this episode. I walked away less than impressed, despite how much I enjoyed the flash sideways. I have often talked about how certain episodes need to be graded differently than others -- and I think when you factor in that we have only five more hours of "Lost" left, the bar needs to be raised a tad higher.

In the end, the grade I have settled on is a B-. I wouldn't use any negative words to describe tonight's episode, but they wouldn't be glowing ones either. Earlier in the season, this is probably a B -- but after last week, I was expecting more from the on-island activities.