Before Kat Von D began dating Jesse James -- she was in a relationship with Mötley Crüe bassist Nikki Sixx for more than two years ... and dude says it's been "hard" to see her move on so quickly.

Nikki was out in L.A. this weekend, where he told a photog, "You know, it's hard when you [were] just told by someone you dated for two-and-a-half years that you're the love of their life ... and then they move on so quickly."

Nikki and Kat broke up back in January -- but he claims he doesn't hold a grudge ... calling Kat an "amazing girl" and insisting that he "wishes her the best." 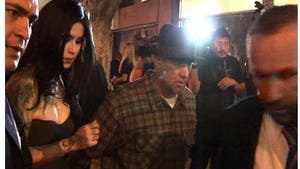