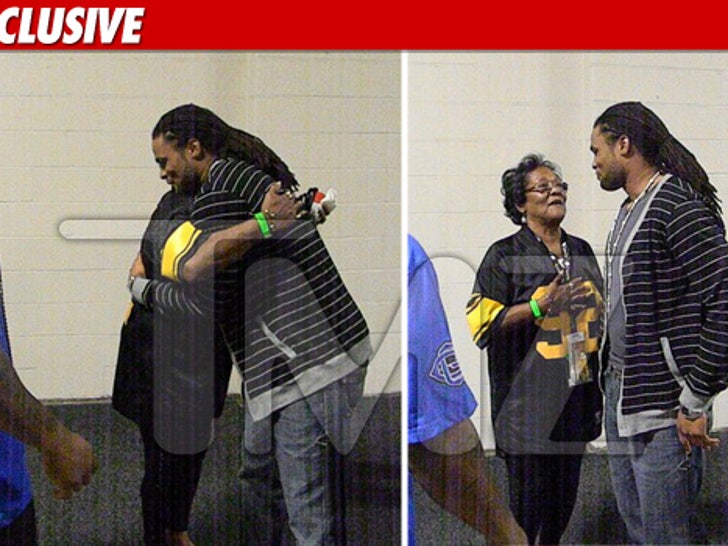 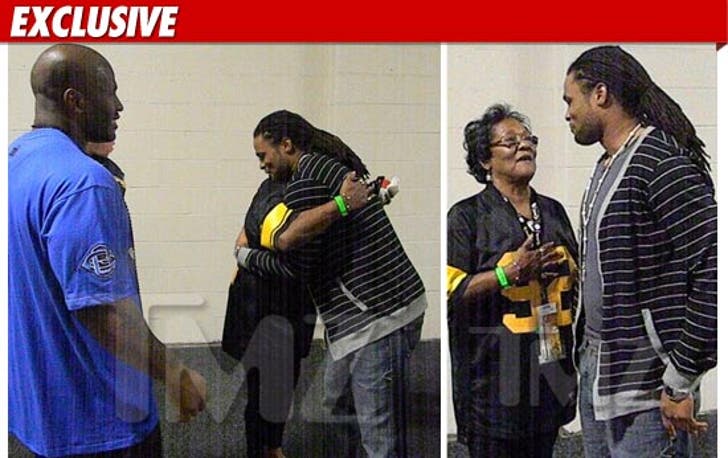 This photo was taken at the stadium -- roughly 30 minutes after the game -- and we're told Mama Harrison told Cribbs, "I hope you're OK."

Cribbs -- who played on the same team with Harrison at Kent State -- explained that he wasn't upset with Harrison, because it's all part of the game.

The NFL has since fined Harrison $75,000 for a different K.O. shot to the head he delivered to another Browns WR in that game.