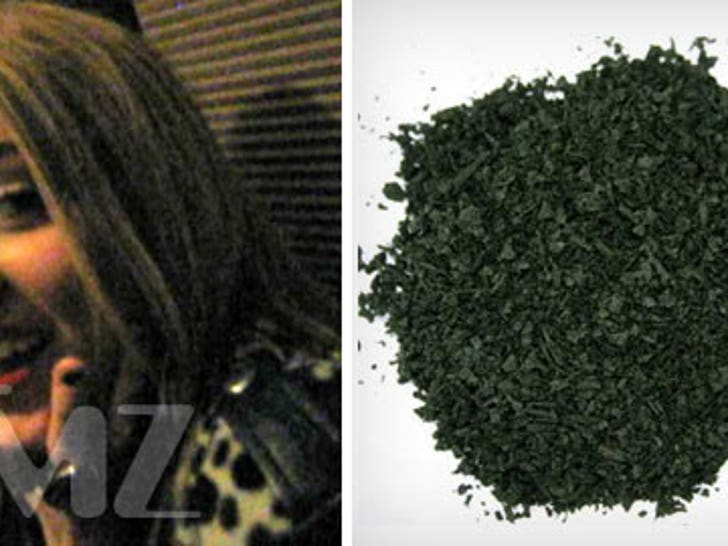 Miley Cyrus' drug of choice -- salvia -- has been listed as a "drug of concern" by the U.S. Drug Enforcement Agency.

According to the DEA -- salvia is a Mexican herb that can be smoked to "evoke hallucinogenic effects."

In fact, the DEA states, "Psychic effects include perceptions of bright lights, vivid colors and shapes, as well as body movements and body or object distortions."

But that's not all -- the DEA adds ... other effects include uncontrolled laughter and overlapping realities. Negative physical effects may include incoordination, dizziness, and slurred speech.

According to Scientific American Magazine, the DEA is currently "looking into the drug" to determine if it should be considered "on par" with LSD and heroin.

However, research conducted by several universities -- including Harvard -- show salvia may have some serious medicinal value ... and could help improve treatments for conditions like schizophrenia and addiction.

Dr. Joe Haraszti -- an L.A. psychiatrist -- tells us, "Animal data suggest that salvia is not addictive. But people will try it once and since it's such an intense and unpleasant experience that they will not want to do it again."

The battle over salvia is raging in the scientific community. Currently, it's legal in most U.S. states ... including California.