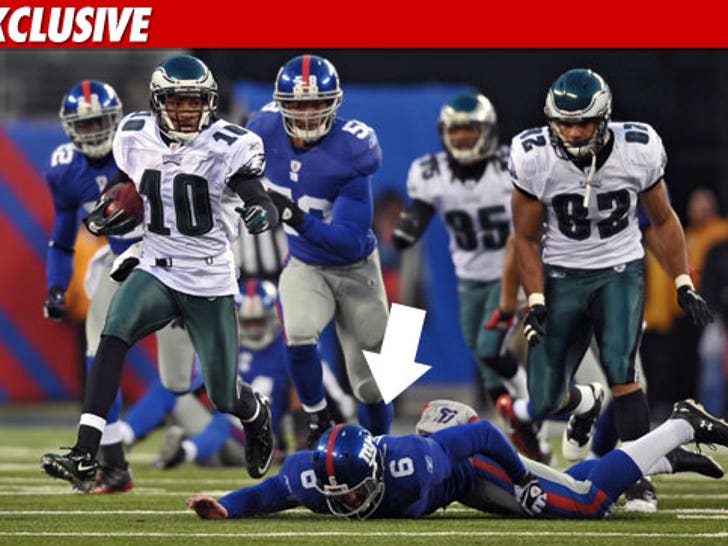 Moments after NY Giants punter Matt Dodge stupidly kicked away the game yesterday ... tons of angry fans went to Twitter hoping to unload on Dodge's account -- but they found the WRONG Matt Dodge. 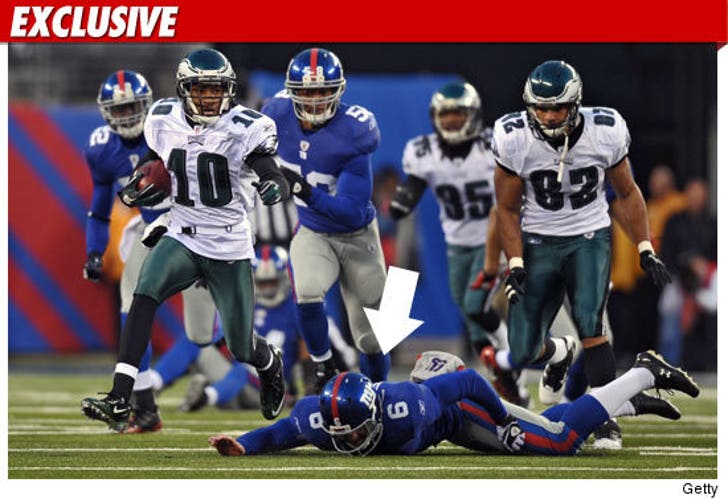 In case you missed the game -- Dodge was supposed to punt the ball away from Philadelphia Eagles star DeSean Jackson in the final seconds of a tied up game ... but he didn't ... and Jackson scored.

After the game, another guy named Matt Dodge was blasted with Twitter hate mail -- people calling him a "chode blaster" and advising him to go into the witness protection program.

As for the other Matt Dodge (punter) -- there's speculation the Giants will cut his ass this week.