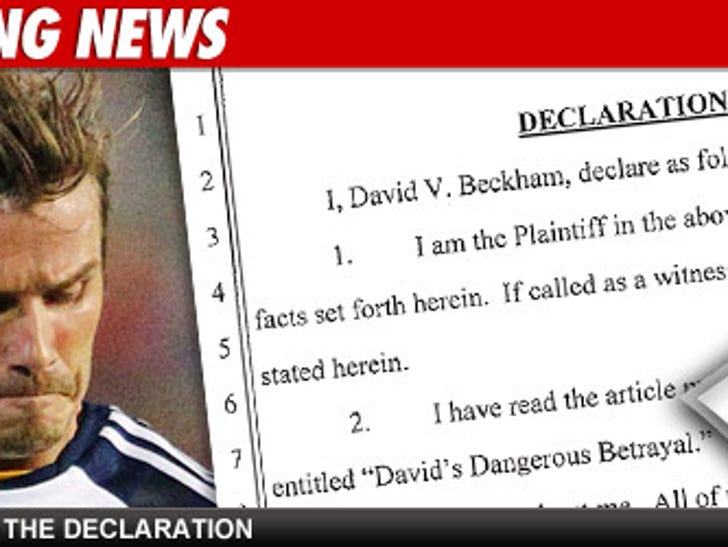 Beckham filed a declaration in his $25 million lawsuit against Irma Nici and the publishers of "In Touch Weekly," which ran the story.

Beckham says in his declaration, "...Nici has fabricated the following facts about me: