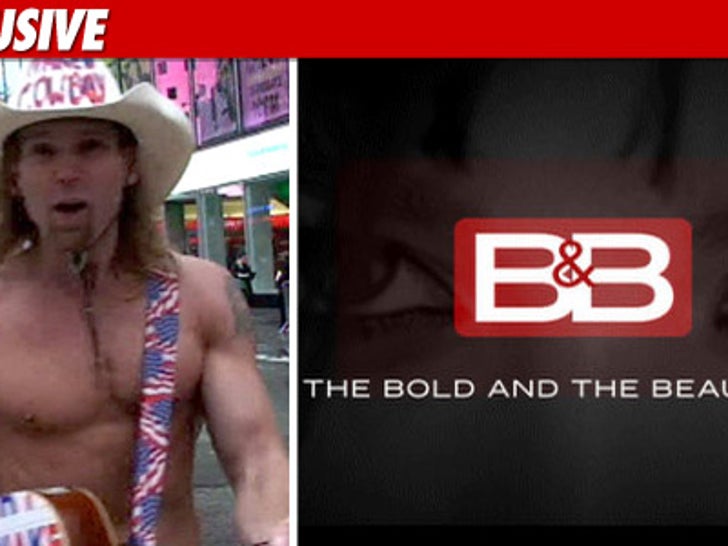 The famous Naked Cowboy is suing CBS for the shirt off their back ... claiming they violated his trademark by having a naked guy playing a guitar featured on one of their soaps. 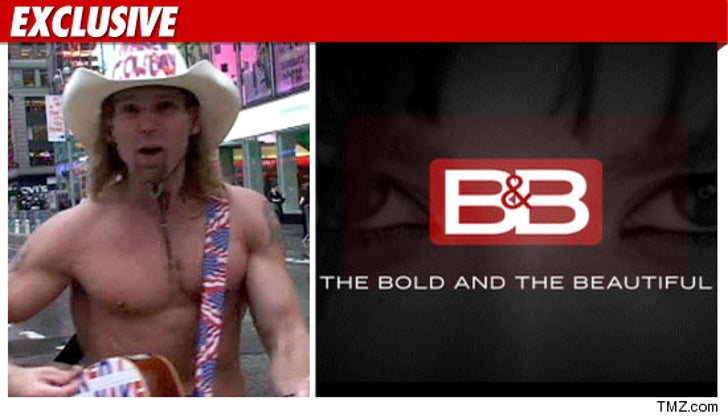 In a lawsuit filed today in New York, the Naked Cowboy claims the CBS show "The Bold and the Beautiful" featured a character dressed as a cowboy, wearing only underwear, and playing a guitar -- which he claims is his thing.

According to the suit, CBS promoted that clip on their website and on YouTube with the name "Naked Cowboy" attached to it. The NC also claims CBS purchased advertising on search engines for the term "naked cowboy."

He's suing for trademark infringement, among other things, and asking for $1.5 million in damages.