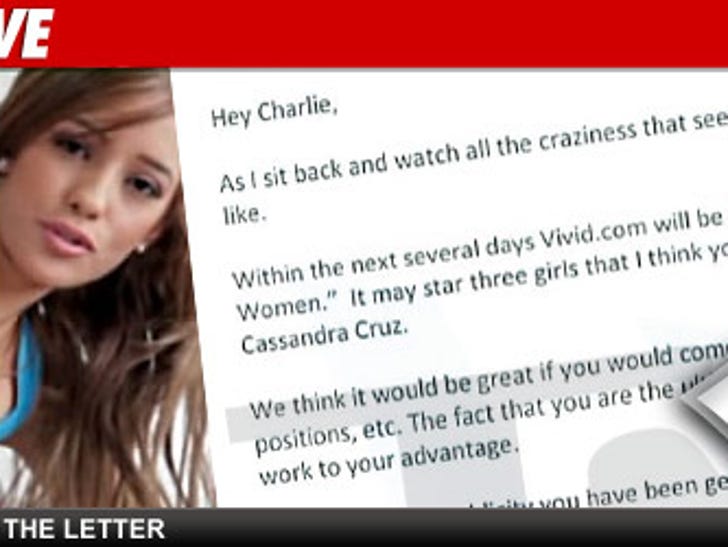 Vivid Entertainment head honcho, Steven Hirsch, fired off a letter to Sheen ... asking him to take the helms of an upcoming skin flick titled, "Two and a Half Women."

In his letter to Sheen, Hirsch insists Charlie would have full creative control of the flick -- "scenarios, positions, etc." -- and notes, "The fact that you are the ultimate connoisseur of adult films would definitely work to your advantage."

No word on how much cash is on the table. So far, we're told Hirsch has yet to hear back.