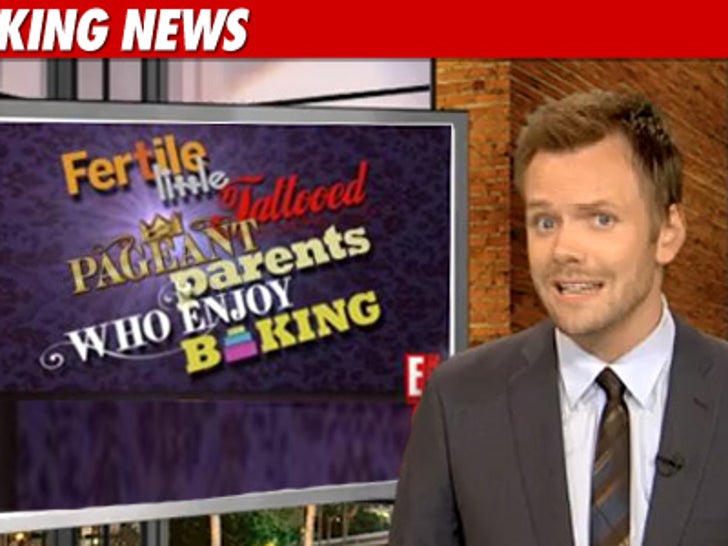 A dwarf couple is suing E! Entertainment and "The Soup" host Joel McHale, claiming they made scurrilous, false, defamatory and hurtful comments about them. 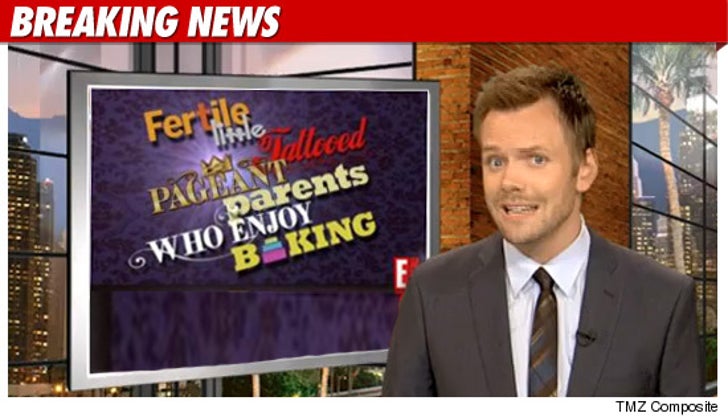 Cara and Gibson Reynolds are dwarfs who struggled for years to have children. One child died a day after birth, but they were finally able to conceive a healthy baby.

The Reynolds' did an interview with the Associated Press about dwarf couples who want to screen their embryos for genetic defects in an effort to intentionally have healthy, dwarf children. They say the article and photo of them was limited to the AP article (reprinted on MSNBC.com). 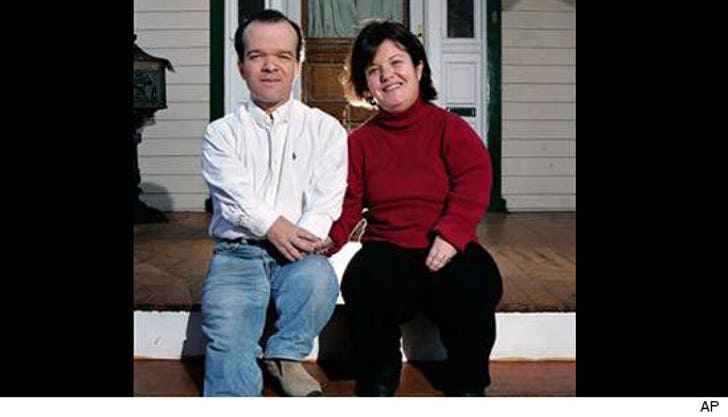 Fast forward to 2009, when McHale and company did a spoof on "The Soup" titled, "Fertile Little Tattooed Pageant Parents Who Enjoy Baking." McHale said it was the newest reality show, and then proceeded to show the AP photo of the Reynolds, saying they are "happy dwarfs ... that can't stop procreating."

And it got worse. "The Soup" then allegedly showed a woman purported to be Cara in labor, in the process of giving birth in a bathroom.

Cara claims the piece was so upsetting, she suffered, "depression, insomnia, upset stomach, sleep interference and experiencing feelings of shame and degradation."

The Reynolds are suing for defamation and invasion of privacy.