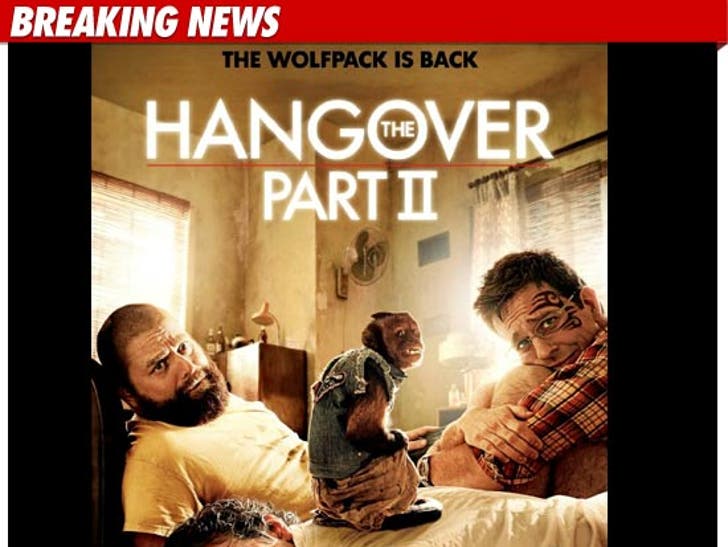 A new trailer for "Hangover 2" -- featuring a scene with a monkey biting a pretend wiener -- has been pulled from theaters across the country ... after movie execs admitted they failed to clear the spot with the Motion Picture Association of America. 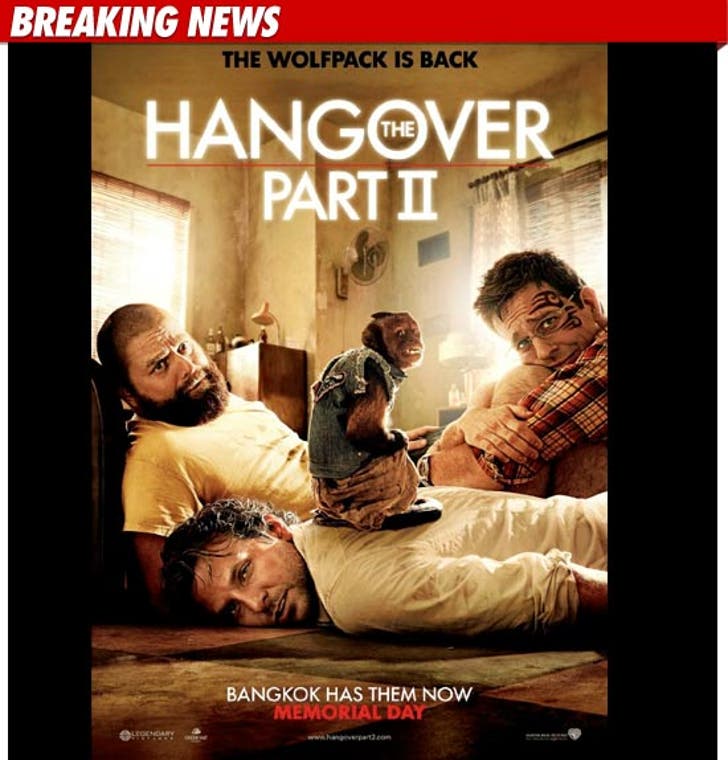 The MPAA is ticked because one of their main objectives is to make sure movie advertising is in sync with the ratings system.

A rep for Warner Bros -- the company behind the flick -- tells TMZ, "In our haste to meet the placement schedule for this trailer, we failed to properly vet the final version with the MPAA. We acted immediately to correct the mistake and removed the trailer from screens."

The new -- approved -- trailer is slated to go back in theaters on April 15.