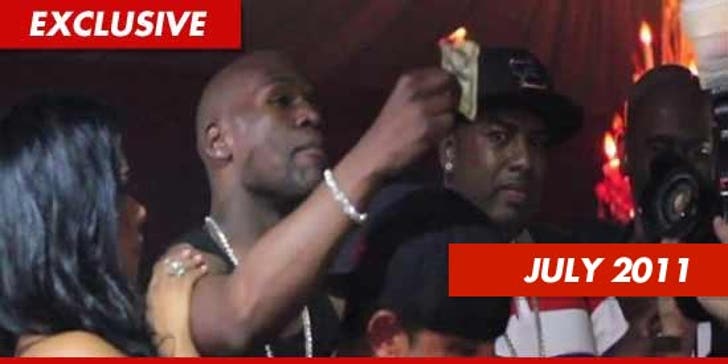 Floyd Mayweather claims the only reason he parties his face off at nightclubs ... and passes out booze ... and flashes money ... and otherwise acts like a complete a-hole ... is JUST to promote his fights.

It's all in legal docs filed by Pretty Boy Floyd as part of his ongoing war with Manny Pacquiao -- this time, Mayweather responded to allegations that he was irresponsibly partying around the country instead of attending a deposition.

In the docs, obtained by TMZ, Mayweather claims the nightclubbing is "not random acts of partying, but calculated promotional events designed to appeal to his fan base and maintain his public presence."

Mayweather acknowledges that "many people hate him" because of his "Money" Mayweather alter ego -- but explains, "If even those who dislike him are willing to pay for the privilege of watching the fight, he is more profitable."

Mayweather also declares that he "does not drink, smoke or take drugs."

The fighter insists he MUST participate in these "promotional activities" -- and that's one of the reasons why he did not appear to be deposed on any of the dates requested by Pacquiao's camp.