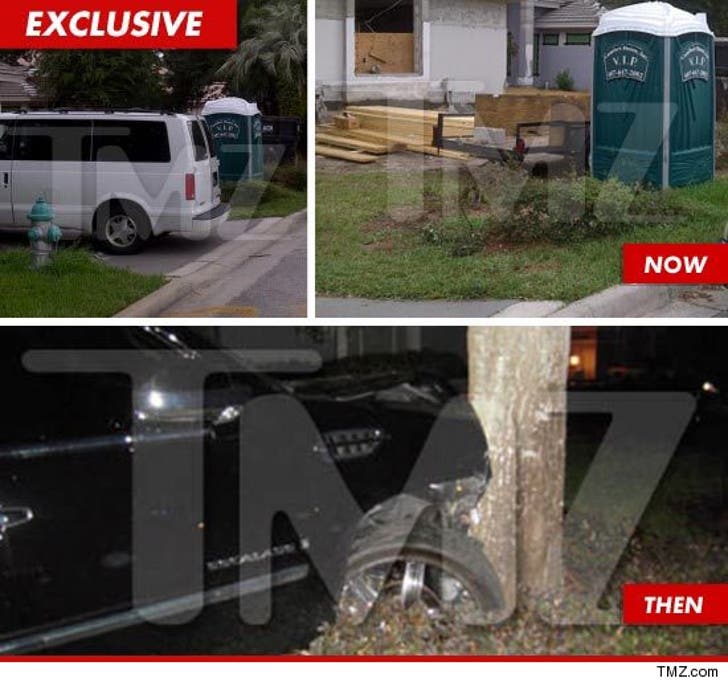 Tiger Woods wasn't the only living creature whose life was ruined on that fateful night in November 2009 -- the tree he crashed his Escalade into has been murdered ... TMZ has learned.

Sources close to the tree tell us ... new neighbors moved in recently and began remodeling -- and one of the first things they did was tear down the infamous oak tree.

The construction company that did the job tells us the tree was in bad shape ever since the crash -- and even though the new neighbors knew full well the tree's place in history, they decided to get rid of it anyway.

And don't think the tree will be showing up on eBay anytime soon -- it was NOT saved, it was simply trashed.

We're told a new tree will be planted soon, but in the meantime ... there's a Porta-Potty in its place.

Symbolic of where Tiger's career has gone, don't you think? 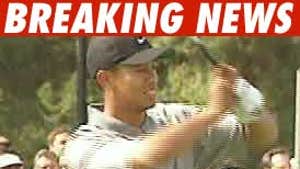 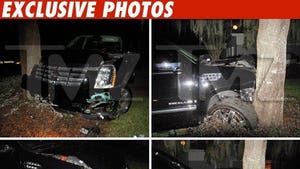 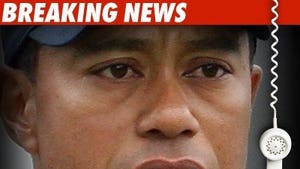