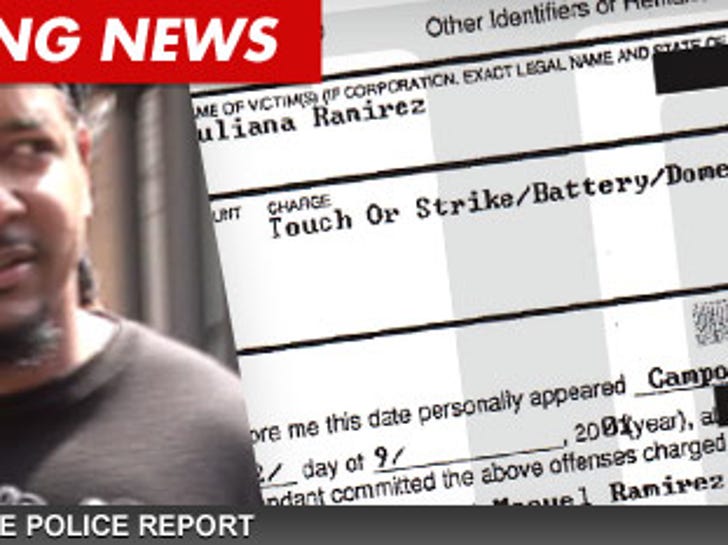 Manny Ramirez allegedly slapped his wife in the face with an open hand ... causing her to hit her head against the headboard of their bed ... this according to the police report.

TMZ broke the story ... Manny was arrested at his home in Florida yesterday for battery in a domestic incident.

According to the report, Juliana told police she and the MLB slugger were arguing in the bedroom when Manny ... "struck her in the left side of the face with an open hand causing her to hit her head against the headboard of the bed."

When cops arrived, Juliana had red swelling on her face and a small bruise on the back of her head. Cops at the scene took photographs of both Juliana and Manny.

According to the report, Manny claims he merely "grabbed" his wife by the shoulders during the dispute and "when he shrugged her, she hit her head against the headboard."

Manny was charged with misdemeanor battery in the first degree -- if convicted, he could face up to one year in jail. 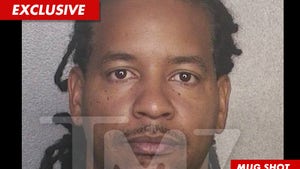