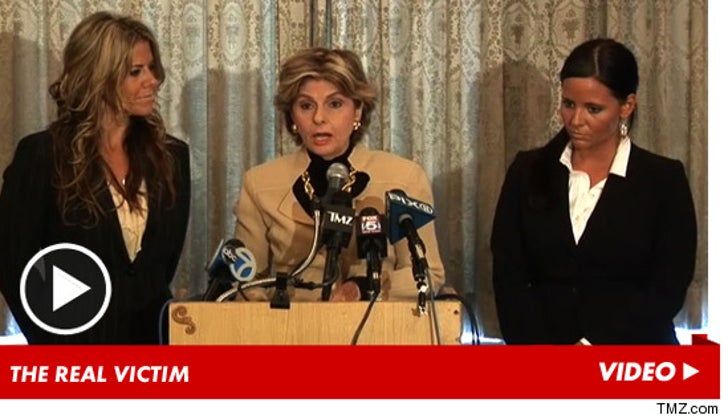 Gloria Allred believes men are more likely to cheat in relationships than women -- and is now blasting a law that prevents women from suing their exes ... for breaking a promise to get married.

Gloria opened fire today during a news conference -- announcing she'd be fighting a lawsuit against two of her clients ... who were sued for allegedly defaming a mutual ex-boyfriend on the Internet.

Gloria claims her clients -- and women at large -- should have the right to exercise their free speech however they like ... especially since there are laws in place that prevent them suing an unfaithful ex.

She's referring to what are called "Heart Balm" laws -- laws that abolish the ability of one to sue over breach of a promise to marry -- and while the laws are gender-neutral, Gloria argues they unfairly protect men ... because men are more likely to cheat than women.

Gloria claims women should have the right to sue ... because they are disproportionately affected by a cheating man than vice versa -- insisting men typically occupy the power position in relationships ... with better jobs, more money, etc.

In addition to filing a motion to dismiss, Gloria says she also wants "Heart Balm" laws overturned -- but we gotta ask ...