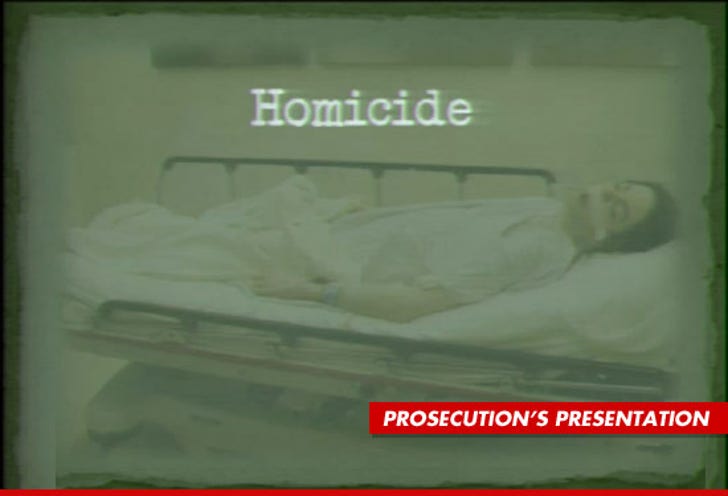 It seems the prosecution wanted to give the Michael Jackson death photo a murky, gritty treatment before it was presented in court this morning -- because it was clearly touched up to look as daunting as possible.

It appears the photo is NOT the original pic -- because now it includes a tattered border, a morgue-esque green hue ... and the word "Homicide" printed over MJ's body in a grainy, police-style font.

The prosecution used the photo as the background for a slide-show presentation in court.

Compare the pic to a cleaned up version of the photo (below) -- is the murky photo more likely to shake the jury?