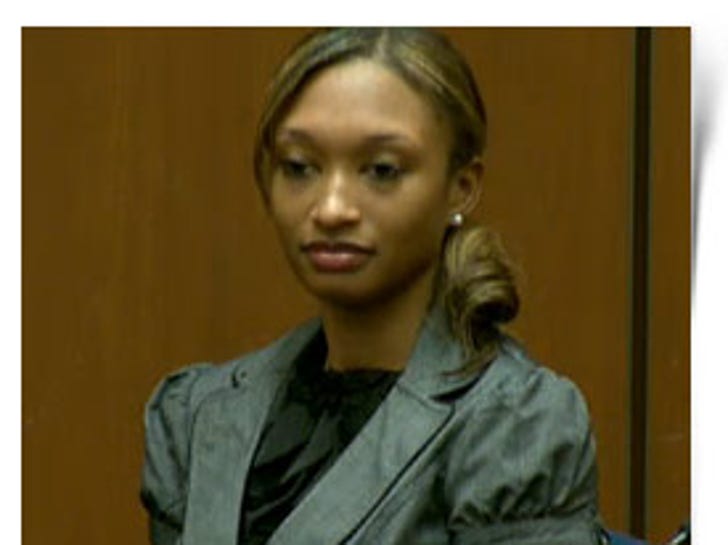 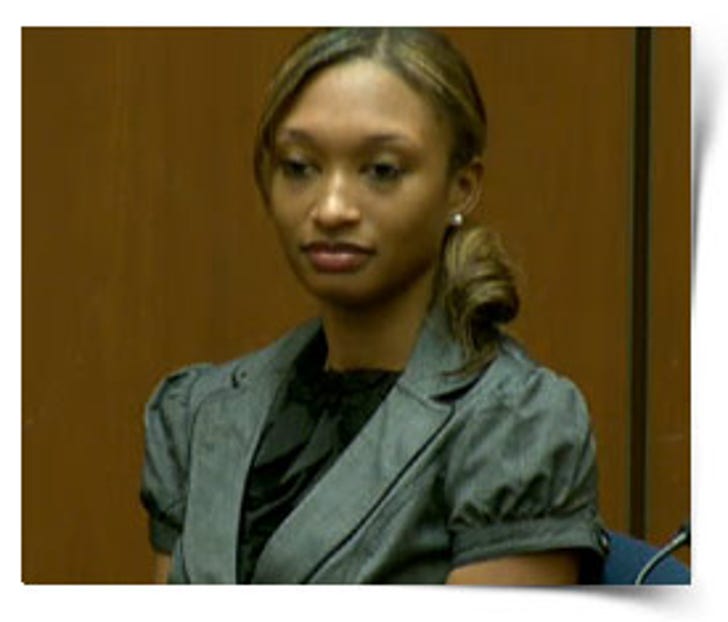 Sade Anding -- one of the three women Dr. Conrad Murray was juggling as Michael Jackson went into distress -- told jurors she was chatting with the doc when all of a sudden he dropped the phone.

Anding -- a cocktail waitress from Houston -- was telling the doc about her day, when 5 or 6 minutes into the conversation, she realized he wasn't saying anything back.

"I said, 'Hello? Hello? I didn't hear anything'" she told jurors.

That's when she said she heard "mumbling of voices" and "coughing" in the background. She thought the noises sounded muffled, like the phone was in Murray's pocket.

Anding told the court she stayed on the line for a few minutes, then hung up and tried to call him back ... but he never picked up.

Prosecutors are trying to show Murray was so busy with his love life, he was distracted during the crucial moments before MJ's death.