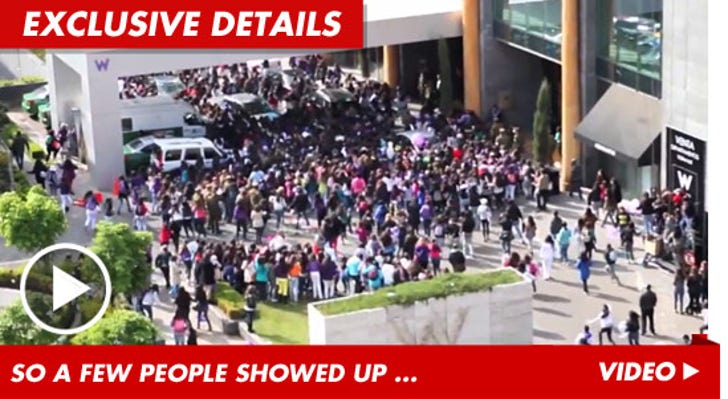 Justin Bieber causes mass hysteria everywhere he goes -- and even places he doesn't ... because fans in Chile mobbed his hotel ... and he wasn't even in the country!

Take a look at the video above of fans MOBBING the W Santiago at 10:00 AM. Friday.

Here's the problem. We know Justin decided to stay in Buenos Aires an extra day ... so he wasn't even in Chile when the fans stormed the hotel.

According to our sources, the mob scene prompted local authorities to contact Bieber's camp and order him to come to the hotel by helicopter ... because they feared they couldn't control the crowd.

When the Chilean police can't control a crowd of screaming teenage girls ... you know things are crazy.