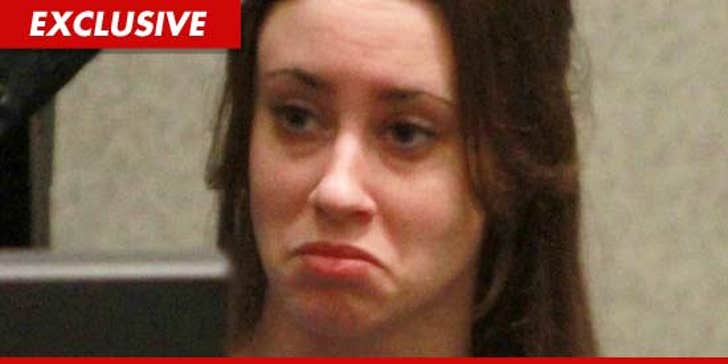 The NBC producer trying to score a book deal for Casey Anthony may be S.O.L. ... because the biggest names in the publishing biz tell TMZ ... they want absolutely NOTHING to do with tot mom.

We broke the story ... an NBC news producer has contacted literary agents and told them Casey has agreed to do a TV interview with the network if he can lock up a book deal.

But according to the three publishing powerhouses -- that ain't happening ... just check out the statements we received regarding a possible Casey Anthony publishing deal:

Simon and Schuster: “We are 100% not interested. We are NOT NOT NOT interested. Simon & Schuster is not publishing, and has never intended to publish, any book by Casey Anthony, her family, or any member of her team.

Harper Collins: “We are planning on publishing the Prosecutor’s book who was involved in the Casey Anthony case, so we have no plans in releasing a Casey Anthony book. We’re sticking with the prosecutor.”

Penguin Group: "We have no plans on doing a book deal with Casey Anthony."

Another publisher went so far as to say, "Hell no ... it's blood money."