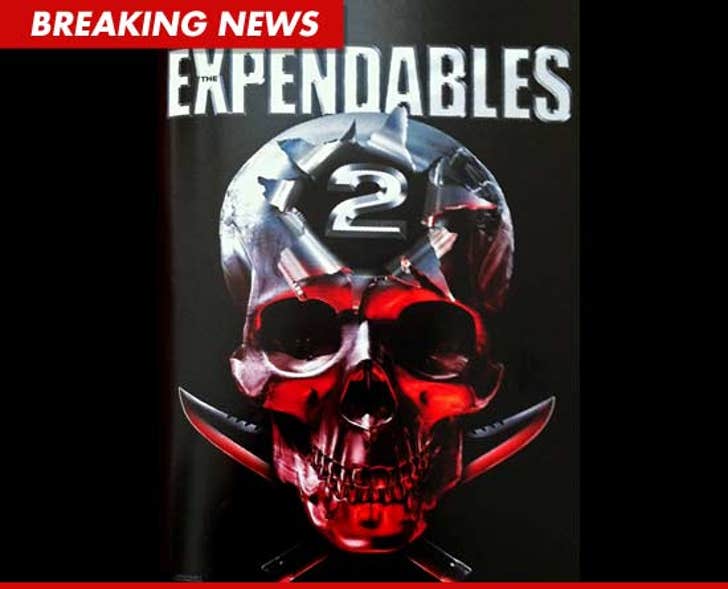 A stuntman was killed on the Bulgaria set of "Expendables 2" yesterday ... during a big stunt involving an explosion in a rubber boat.

A second stuntman was also injured during the incident ... and is reportedly in stable condition.

It's unclear if any of the big stars in the film -- including Sylvester Stallone, Jason Statham, Bruce Willis and Jet Li -- were on set during the accident.

The production company behind the flick released a statement saying, "It is with great regret that we confirm this unfortunate accident."

A rep added, "Our hearts go out to the families and those on the production affected by this tragedy. The filmmakers are working closely with the authorities in responding to and investigating this accident."