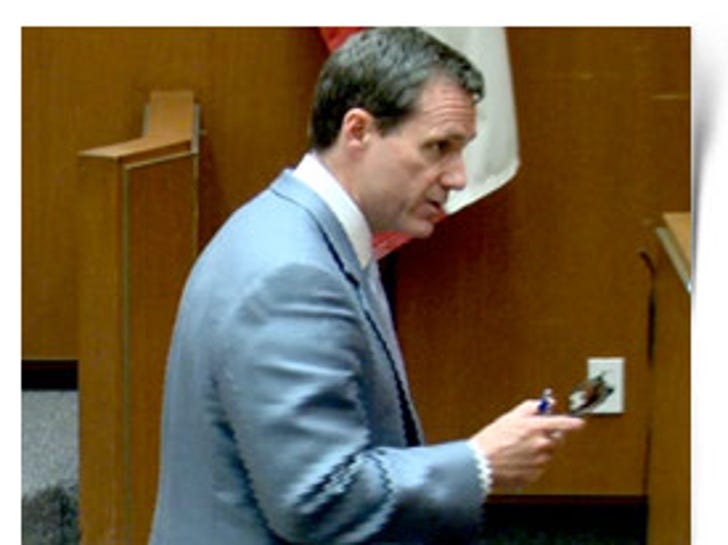 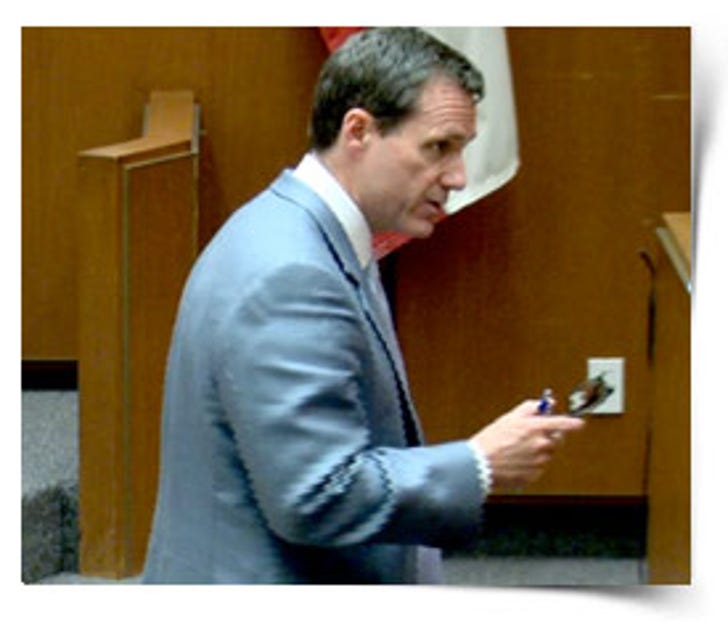 In his closing arguments, defense Attorney Ed Chernoff told jurors the prosecution failed to prove a crime was committed ... insisting, "Michael Jackson went into his personal bathroom and swallowed Lorazepam and Dr. Murray didn't know it."

"They want you to convict Dr. Murray for the actions of Michael Jackson," Chernoff told the court.

Chernoff also said Murray's "greatest personality defect is his greatest character strength," adding, "Dr. Murray "had no control over the situation because of what was happening in the background. He was just a little fish in a big, dirty pond."

He suggested the only reason the case even went to trial was because MJ was a celebrity. "If it were anybody else but Michael Jackson, would this doctor be here today?" Chernoff asked.

Other highlights:
* Murray made mistakes. But this is not a civil case. For a crime to be committed, the prosecution has to show Murray killed MJ.
* Chernoff tried to discredit Alberto Alvarez testimony. He said it didn't make sense that Murray would ask him hide evidence because they barely knew each other.
* Alvarez testified he grabbed the IV bag with both his hands ... but none of his fingerprints were found on the bag.
* Alvarez also said he noticed a milky substance in the IV bag, but no traces of Propofol were found inside the bag.
* There are no photos showing a vial inside an IV bag. The coroner investigator testified she took the vial out of the bag BEFORE taking a picture.
* LAPD detective Scott Smith also testified he never saw a vial in a bag.

* Murray didn't need to create an elaborate IV set up -- placing a vial inside an empty bag -- when he could have used the hanging tab on the Propofol bottle.
* The tubing found in MJ's bedroom did not have any Propofol in it.
* Good scientists don't take positions. Dr. Shafer had an agenda.
* Chernoff told jurors, "Dr. White knows more about Propofol than Dr. Shafer will ever know." He said White had no reason to lie.
* Murray didn't call 911 because he was busy trying to save MJ's life. He immediately started CPR ... when that didn't work he called for help. "It's easy in hindsight to say he's a lousy doctor," Chernoff said. "It's easy to make those statements when you've never had a patient and a friend like Michael Jackson. You can judge Dr. Murray for what he did but don't question his motives."
* Chernoff told the jury, "There is a tremendous desire to paint Murray as a villain. There is no perfect villain or perfect victim." He said the prosecution tried to make Murray look guilty when they showed surveillance footage of him leaving the ER ... a witness for the defense testified Murray was on his way to another part of the hospital to help the family draft a press release.
* Chernoff asked jurors not to hold Murray responsible just because it's Michael Jackson, saying, "it's not a reality show... It's reality."