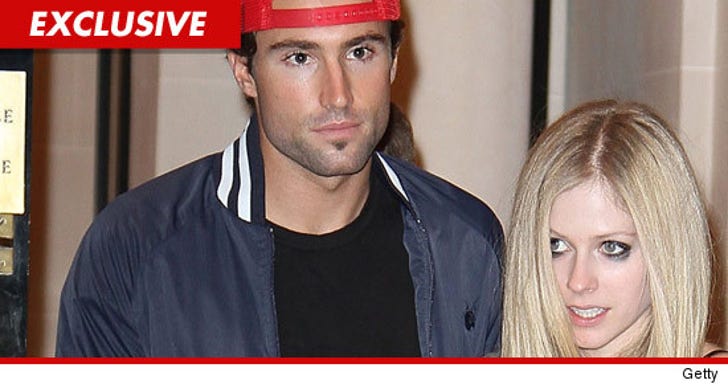 Brody Jenner was cracked in the head with a bottle trying to break up a fight in Hollywood early this morning -- and law enforcement tells TMZ ... the fight was between an unknown girl and Brody's GF, Avril Lavigne.

According to our sources, Avril got into a dust-up shortly before 1:00 AM at the Hollywood Roosevelt Hotel. We're told when Brody tried to intervene ... he took a bottle to the head from someone for his troubles.

Law enforcement sources tell us hotel security broke up the fight and detained Brody and others involved. Police were called to the hotel and when all was said and done ... we're told the police report listed Brody as the victim of an assault with a deadly weapon.

Our sources say Brody was the only one involved who spoke to police -- the other combatants (including Avril) had split by the time they arrived. We're told Brody refused medical attention and went to the hospital on his own.

No arrests were made.

Brody was actually snapped after the brawl, his face bloodied from where the bottle hit him. Avril tweeted the next day, saying she was "attacked by 5 people." She claimed to suffer a black eye, among other injuries, but a photo of her didn't show those injuries clearly.