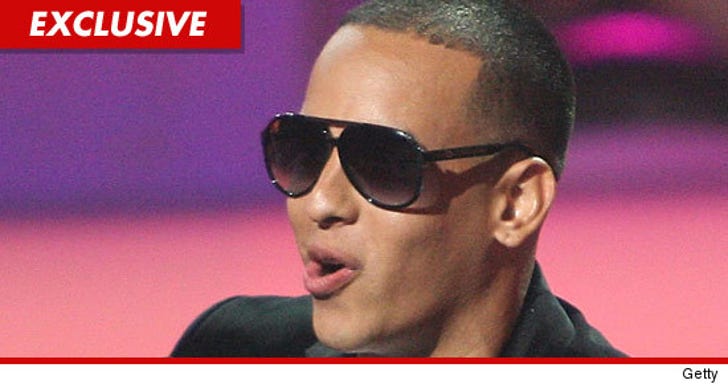 Daddy Yankee is being sued by a concert promoter who claims his eyeballs were BLEEDING from stress after the rapper bailed on 10-show concert tour in Argentina just two days before the first show.

According to a new lawsuit filed in federal court in Florida, Diego Hernan De Iraola claims he paid Yankee $820,000 up front for a 6-show tour ... and Yankee was on board.

Iraola claims he later struck a deal with the rapper's camp to expand the tour to 10 shows ... and they agreed that Yankee would be paid an additional $480,000.

Iraola claims everything seemed hunky dory ... until days before the first show, when Yankee's people suddenly demanded the $480k up front ... or else Yankee would pull out of the tour.

Iraola claims he PROMISED he would get them the cash once the rapper arrived to Argentina ... but the promise wasn't good enough for Yankee's people ... and the rapper backed out of the ENTIRE TOUR just 2 days before the first show.

Iraola claims he was humiliated by the cancellation -- and was so stressed out, he began to experience nosebleeds, high blood pressure ... and even began to bleed in his eyes.

Now, Iraola is demanding Yankee return the $820k ... PLUS he wants a ton of cash for all the damage he's caused in his personal and professional life.

Calls to Yankee's camp have not been returned.