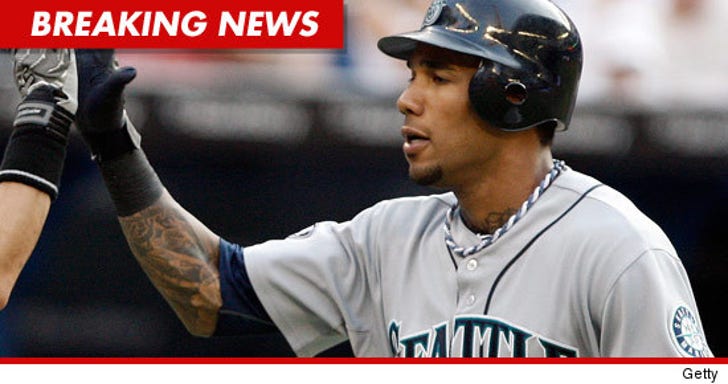 Seattle Mariners outfielder Greg Halman was stabbed to death early Monday morning in the Netherlands ... and cops say his own brother has been arrested as a suspect.

Cops were called to an apartment in the city of Rotterdam early this morning where they discovered 24-year-old Halman bleeding from a stab wound. Officers were unable to revive him.

Halman has played sparingly for the Mariners, appearing in 44 games over the past two seasons.

Law enforcement tells TMZ ... Greg and his brother had been living together at the apartment -- and a woman was staying with Greg at the time of the murder.

Cops say the woman was the person who called authorities and identified Greg's brother as the murderer.

9:54 AM: The Mariners just released a statement -- claiming, “The Mariners family is deeply saddened by the tragic death of Greg Halman ... Our thoughts and prayers go out to Greg’s family.”