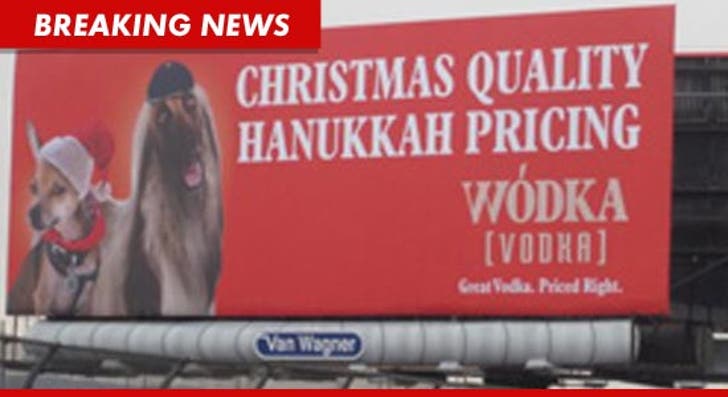 Some dumbass at the Wodka Vodka company thought he could post a billboard reading, "Christmas Quality, Hanukkah Pricing" ... and everything would be cool. He was wrong.

The billboard -- posted in New York -- was taken down after the company received scores of phone calls and complaints from the Anti-Defamation League.

A rep for the ADL released a statement saying, "In a crude and offensive way of trying to make a point that their vodka is high quality and inexpensive, the billboards evoke a Jewish holiday to imply something that is cheap and of lesser value when compared to the higher value of a Christian holiday."

According to the Washington Post, the guy in charge of the moronic campaign is Brian Gordon -- who says he is Jewish and didn't intend to offend anyone ... explaining the billboard was supposed to convey that Hanukkah is an "understated" holiday.