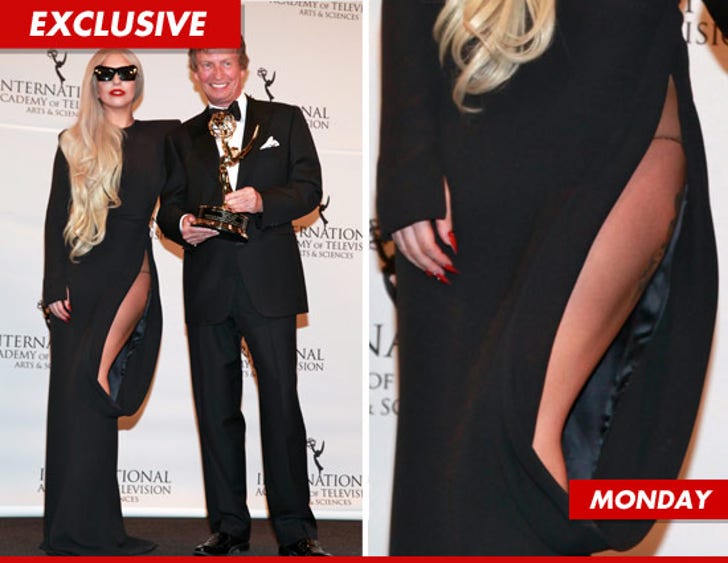 Lady Gaga’s super high-cut dress at the International Emmys Monday night in NYC was this close to exposing her little monster -- but TMZ has learned, it wasn’t made that way.

A rep for the designer -- Stéphane Rolland Haute Couture in France -- tells us, the asymmetrical frock came straight off the catwalk ... meaning it was intended to be worn by a model much taller than Gaga.

According to the rep, “The slit came way further up her waist than what our designers had in mind."

Despite the wardrobe malfunction, Stéphane Rolland insists, “We’re not mad that the dress ended up looking like that on Gaga ... she does make it a little naughtier!” 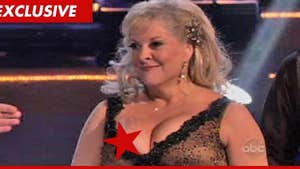 Nancy Grace -- That Was NOT My Nipple on 'Dancing'